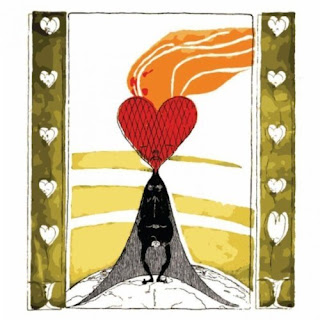 Lyndonville, Vermont native Dean Wells is now based out of West Virginia, but he hasn't lost the sense of Yankee independence that defined the 20 or so self-released CD-R albums that preceded his signing with Rainbow Quartz International earlier this decade. Up until recently Wells was a one man band, but with three albums of material now available to play, Wells opted for the stability of a backing band. The Capstan Shafts' latest offering, Revelation Skirts, features the sort of catchy pop arrangements have come to expect juxtaposed with Well's at-ease vocal lines.  Revelation Skirts drops August 24, 2010.

Revelation Skirts opens with "Fairweather Triumphalist", a catchy and enjoyable track with a mildly danceable feel. "Let Your Head Get Wrong" is something of an anthem for all of those who have ever been in unrequited love and would fit well on the soundtrack of a teen comedy. "Heart Your Eat Out" is an energetic rocker with a bit of garage edge to it that's enjoyable. Energetic enough to dance with, it's one of the better overall tracks on the album. Unfortunately it's here that The Capstan Shafts seem to lose their mojo. It's not a big falloff, but takes the band from interesting to bland pretty quickly. The band recovers for the penultimate track "Miss Stelliferous" and the closer "Great Reset Button Of Life", but much of the second half of the album is simply there. It's not bad, it just doesn't impress.

Perhaps it's a dynamic thing. The Capstan Shafts never really shift gears at any point on Revelation Skirts. The uniformity of sound combined with Dean Well's laid-back vocal style creates an impression of static momentum that becomes not so much a drone as a musical whisper. There's nothing on Revelation Skirts that will turn you away from The Capstan Shafts, unfortunately there's not a great deal here that will call you back either.

Learn more about The Capstan Shafts at www.myspace.com/capstanshafts.  Revelation Skirts drops August 24, 2010.  You can pre-order the album from Amazon.com as either a CD