The Cheating Intention - She Did It 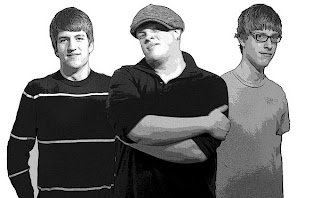 She Did It opens with "Get Lost", a blast of 1970's light-disco nostalgia that's irresistibly danceable. This is disco organic style, right down to the almost funky jazz guitar chords and the smooth vocals of Aaron Staniulus. "You Make Me" is a mildly funky slow-jam that Barry White would be proud of. "Gone Wrong" is more pop-oriented but built on a seriously funk base. "No Easy Way" closes by lamenting in the difficulties of extricating oneself from a love affair. You'll feel the same way about the end of She Did It. The Cheating Intention makes it difficult to walk away. While there's nothing here that will blow you away, The Cheating Intention provides such a professional and heartfelt performance you'll want them to do it again and again. No flash; just good music.