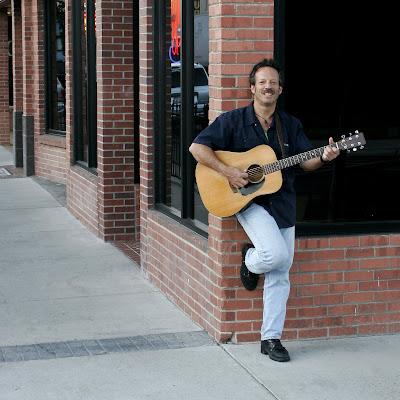 Carson City, Nevada crooner Brother Dan Palmer is back with an EP of songs he re-recorded in Nashville. All the songs presented here were on Brother Dan's previous release, Nothin’ Better Than This, but are given full life on The Nashville Sessions, set for release on May 22, 2009.

The songs are originally recorded by Brother Dan were great, but what he has done on The Nashville Sessions is fill out the sounds and bring new life to fan favorites. Natural Love is funkier than the original and full of energy. Meant For You is probably the most improved version, in a funk/rock arrangement that will have you movin' and groovin'. Time Keeps Tickin' Away has a much fuller sound than the original version and frames Brother Dan's voice better. All I Ever Wanted is captured in a fantastic Americana arrangement. The EP closes out with Where You Are. This is a great love song, wrapped up here in a Country/Americana arrangement you won't forget.

Fans of Brother Dan Palmer will eat this up. The original album is an excellent recording and document of where Brother Dan was at the time musically. The Nashville Sessions represents an artist who has grown, and provides measurable proof by revisiting song that were good as they were and enhancing them in ways that improve their marketability without sacrificing the quality of the music. The Nashville Sessions is definitely a worthwhile venture.

You can learn more about Brother Dan Palmer at www.myspace.com/brotherdan2 or http://www.brotherdanpalmer.com/. The Nashville Sessions will be released on May 22, 2009.
Posted by Wildy at 5:00 AM