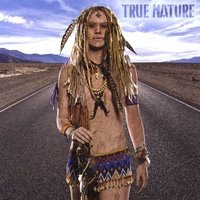 True Nature is the latest musical project from New York City's own Lou Barlow. Barlow is also a prior recipient of New York University’s Composer Of The Year Award, and a bright and rising star in the Indie Rock movemnt. In April of 2009, True Nature will release their second EP, Feels Like Centuries into a market starving for something new. Barlow delivers with help from the likes of Tony Levin (John Lennon, Peter Gabriel); Aaron Comess (The Spin Doctors) and Gerry Leonard (David Bowie, Rufus Wainwright).

The five-track EP opens with Truth I Have To Steel (Simple Heart) a moderately upbeat song by someone who sees Alice’s Looking Glass for what it really is; a soul frustrated by the blindness of those around them. It also draws on the classical ideal as simplicity as a means of understanding. Barlow is succinct and artful in delivering a declaration of intent to protect the world from itself. Up next is The Color Of Daylight, a joyous, angst-filled romp about coming to terms with oneself. My Freedom Lies Beyond The Sun is a brooding, angry song about having your blinders stripped away and seeing the world as it is: a dangerous place. Barlow finds freedom in something he can’t see, whether you want to call this spirituality or faith, and in what, is left up the listener to decide. This is an incredibly powerful song.

Woman is an artful and poetic take on the concept that “behind every good man is a good woman”. The title is adapted from the John Lennon classic and recognizes the balance and strength that feminine influence can bring to the male mind. Beyond the subject matter, Barlow has created a lush and deeply organic musical composition that breathes with its own vigor and vitality. Feels Like Centuries closes with Too Close To See Who We Are, a sociological treatise on our narcissistic and short-sighted culture that sounds like a paean to love lost. Again, Barlow paints in broad, lush musical strokes a sonic picture that is lovely and distinct.

Lou Barlow has talent for writing songs that could fit easily into popular styles but with an edge that sets them apart. The songs presented on Feels Like Centuries are gorgeous constructions against which Barlow’s set his esoteric and thoughtful lyrics. In other words, he’s outdone himself here. True Nature has a hit on its hands. This one’s a no-brainer; don’t miss it!

You can learn more about True Nature at http://www.truenatureband.com/. You can purchase a copy of Feels Like Centuries at www.cdbaby.com/cd/truenature2.
Posted by Wildy at 5:20 AM