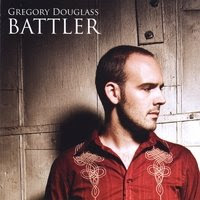 Look up Indie Musician in the dictionary and you’ll find a picture of Gregory Douglass. Douglass has released seven albums on his own imprint, Emote Records, touring all over the US and winning accolades at almost every turn along the way. Compared favorably with artists such as Tori Amos, Rufus Wainwright, Jeff Buckley and Fiona Apple, Douglass has a unique sound and vocal style that you’ll be able to identify immediately once you’ve heard it. His latest CD, Battler, was inspired by serious soul searching and a Vermont winter shuttered in watching HBO’s Six Feet Under.

Douglass writes gloriously melodic and dark story-songs that give categorization a wide birth. Opening with Broken Through, Douglass builds on a minor-key piano riff into a dynamic and shadowy story. Day Of The Battler bring uniquely stilted rhythms into the mix, like something Kurt Weill might have written if he grew up in today’s musical environment. No Apology strips nearly all of the instrumentation away in a haunting vocal harmony peace you need to hear. Madeline is a lush harmonic rock song that sounds like it could have been co-written by Tori Amos and Lou Gramm. This Is My Life might be a signature song for Douglass as it perfectly captures the dark undercarriage that seems to be his unique musical cornerstone. Other highlights include Sadly (with Anais Mitchell), Ordinary Man (with the talented Grace Potter) and Harlequin.

Gregory Douglass walks, marches and sings to his own drummer. Listening to him sing and play is like hearing one half of his communication with another world. The results are dark, exciting and lovely, even when you know there’s a whole other part of the conversation you can’t hear. Douglass is a unique talent, and the music glimpses he’s offered to us here could be considered gifts. Battler is not a recording to pass up.

You can learn more about Gregory Douglass at www.myspace.com/gregorydouglass or http://www.gregorydouglass.com/. You can purchase a copy of Battler at www.cdbaby.com/cd/gdouglass9.
Posted by Wildy at 5:00 AM