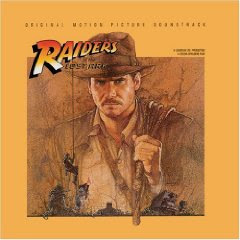 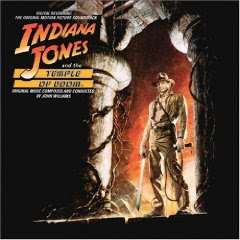 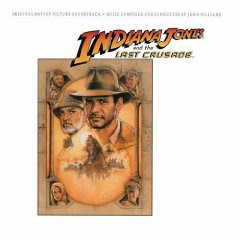 In the aftermath of Indiana Jones and the Kingdom of the Crystal Skull, Concord Records has released expanded editions of the original scores of Raiders Of The Lost Ark, Indiana Jones And The Temple Of Doom and Indiana Jones And The Last Crusade. Originally available as part of a very limited edition box set, the three individual scores have all been significantly expanded from the original commercial releases. Fans will recognize this as some of the most memorable work from the legendary John Williams (The Star Wars films, The Poseidon Adventure, Jaws, Close Encounters Of The Third Kind, E.T., Born On The Fourth Of July, Jurassic Park, the first 3 Harry Potter films and many others). Williams has an unheard of 45 Academy Award nominations and 5 Oscars on his shelf, but this is the first time you can get essentially the full, uncut scores of the first three Indy films.

There is nothing I can write about Williams or his work that hasn’t been written already. Across the three scores you’ll get an almost an hour of new music. If you’re a fan of pops classical music then you’ll love any of the three (although I would suggest that Raiders Of The Lost Ark is the best of the three). Williams has always had at least one foot planted in the classical world when composing, allowing a certain gravitas to creep into his music that finds critical acclaim coming from quarters who normally stay dourly silent about movie scores. Don’t miss this chance to own a bit of music history.

You can learn more about the Indiana Jones films at www.indianajones.com or www.myspace.com/indianajones. You can learn more about the inestimable John Williams at www.johnwilliamscomposer.com. You can purchase any of the soundtracks through Amazon.com using the links below. You can also find these soundtracks in any major music retailers (Borders, Barnes And Noble, Best Buy, etc.)