Review: Garry Jackson - Something's Got A Hold On Me 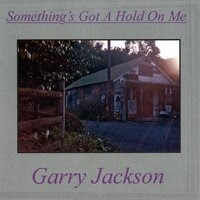 Garry Jackson – Something’s Got A Hold On Me
2007, Wild Oats Records
Garry Jackson is a Toronto native who splits his time between Schomberg, Ontario and Nashville, Tennessee. Jackson has several recordings under his belt, and for the past few years has been recording for Wild Oats Records in Nashville. His most recent effort, Something’s Got A Hold On Me was produced by Steve Haggard and release in 2007. Jackson writes classic country/folk/Americana singer/songwriter material in the tradition of John Prine, Neil Young and Jackson Browne. Jackson has a pleasant, easy-going voice that fits perfectly into the web of his songs; dynamic without overwhelming the music. What is most impressive is the music itself, which is flawless and tight and full of movement. This isn’t cookie cutter folk by any means, Jackson and his band are top flight musicians

Something’s Got A Hold On Me opens with Fair Belfast Town, a Celtic flavored ode to that great city. It is a sweet tribute. Mixed Up Crazy is a musical extravaganza with amazing harmonies and some very intriguing pick work on the guitar. Its A Crying Shame is one of my favorites on the disc. It’s an upbeat song about hidden sins that is thought provoking. Mourn For Me No More is one of those songs where I love the arrangement but just didn’t like the song all that much. It’s done as a classic story song but just moves too slowly; great instrumentation though. The best song on the album is No More Are We To Paint This Town. It’s a song of heartache and sorrow that is well-written and well-delivered.

Garry Jackson starts with the songwriting style of Neil Young and John Prine and fills it in with Celtic and Appalachian influences on Something’s Got A Hold On Me. Jackson has an easy vocal style and is surrounded by some outstanding musicians, and most of the time this is enough to carry the album. The material is a little uneven, but generally quite good. Something’s Got A Hold On Me is a definite must for Folk and Singer/Songwriter fans.

You can learn more about Garry Jackson at http://www.garryjackson.ca/ or www.myspace.com/garryjacksonmusic. You can purchase a copy of Something’s Got A Hold On Me at www.cdbaby.com/cd/garryjackson2.
Posted by Wildy at 5:00 AM