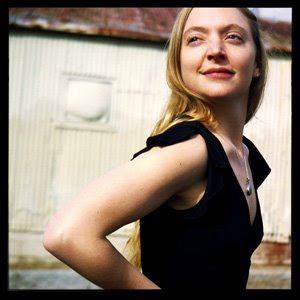 Eilen Jewell gets right to the heart of the matter in each and every song on Sea Of Tears, her third album, due April 21, 2009. With a powerful yet melancholy voice that demands to be heard, Jewell goes right for the roots of Rock and Country music in a performance that is likely to be lauded in critical circles. Rain Roll In takes on mortality and acceptance in a moderately optimistic sounding song reminiscent of Blue Rodeo. Sweet Rose is a beautifully maudlin frame in which Jewell's voice shines like the morning sun. Shakin' All Over gets in a good dose of early Rock N Roll with that same powerfully reserved vocal approach that makes Jewell so distinctive. It takes a lot of talent to sing in such a reserved fashion so well. Jewell manages it without every sounding flat of lifeless; a feat in itself. Sea Of Tears edges into more of a 1960's Brit Rock sound, ala The Kinks.

The highlight of the album may well be I'm Gonna Dress In Black. The dirge-like sway of the song is matched by the forlorn quality of Jewell's vocal line. One Of These Days seems to shake off the hopeless chic that pervades Sea Of Tears in a mildly optimistic venture based on hidden opportunities. As the song unfolds we learn that even with the upbeat approach there's still danger in the air. The Darkest Day has the most upbeat music on the album, funny that. Jewell gives her best vocal performance of the album here, sounding like a classic 1950's country singer. Other highlights include Everywhere I Go, Sea Of Tears and Final Hour.
Eilen Jewell is a distinctive artist with a voice that sinks into your head and just won't leave. Some folks won't like the melancholy sorrow that pervades Sea Of Tears, but Jewell wears it like a second skin, making it seem more like a palpable human picture than an artistic affectation. Her backing band is as good as they come. Don't be surprised if Sea Of Tears ends up on year-end "Best Of" lists. It's that good.

You can learn more about Eilen Jewell at http://www.eilenjewell.com/ or www.myspace.com/eilenjewell. Sea Of Tears goes on sale April 21, 2009. You can pre-order it from Amazon.com.
Posted by Wildy at 5:20 AM