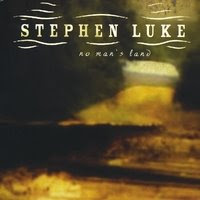 Cincinatti's Stephen Luke returned to music as a form of physical therapy after severing two tendons in his left hand. Taking lessons from guitarist Kelly Richey, Luke quickly reignited the fire he once felt as a teenager performing at local dances in the 1970's. In the process of learning from Richey, Luke started writing songs that caught his teacher's attention. Once fully recovered, Stephen Luke signed with Richey's Sweet Lucy Records and has released his debut CD, No Man's Land. Filled with classic roots rock sounds reminiscent of Tom Petty, Steve Earle or James McMurtry, No Man's Land also features Kelly Richey on guitar.

The CD opens with the title track, a straight-up classic rock tune with great harmonies. Long Way From Home has a funky/blues feel to it that's a pleasant listen. Powered By Love is the standout track; a Clapton-esque blues rocker with a rough feel. The second half of the album is a bit on the slow side, although Santa Ana Winds, I Must Dreamin' and Hurricane are all decent. Stephen Luke has a pleasant if not overly dynamic voice, but the guitar work here is excellent. Overall the disc is a pleasant listen but didn't bowl me over by any means. Guitar players, particularly those interested in electric blues will find a lot to like here. No Man's Land is a decent listen.

You can learn more about Stephen Luke at http://www.stephenlukemusic.com/. You can purchase a copy of No Man’s Land at www.cdbaby.com/cd/stephenluke.
Posted by Wildy at 5:00 AM