Six Volt - Mind On Me 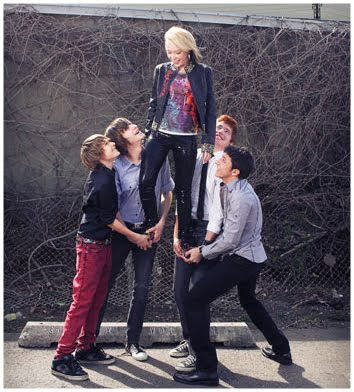 Jersey shore band Six Volt have distilled a rock and roll song with roots in the 1980's but so fresh and engaging its bound to take the airwaves by storm. With their self-titled debut album due in September, Six Volt recently dropped their debut single, "Mind On Me". Featuring the vibrant voice of lead-singer Nichole Deppe, "Mind On Me" is a hook-laden pop/rock snack that will leave you wanting more. Though still young, Six Volt plays all their own instruments, and is currently engaged in a tour that will take them to 43 cities during the summer of 2010. Make sure you catch them early and often; Six Volt could be playing much larger venues the next time they come to town.

Rating: 4 Stars (Out of 5)
Learn more about Six Volt at http://www.sixvoltband.com/ or www.myspace.com/sixvoltband. Six Volt plans to release a full length album soon. For now you can download Mind On Me from iTunes and various other digital outlets.
Posted by Wildy at 5:00 AM