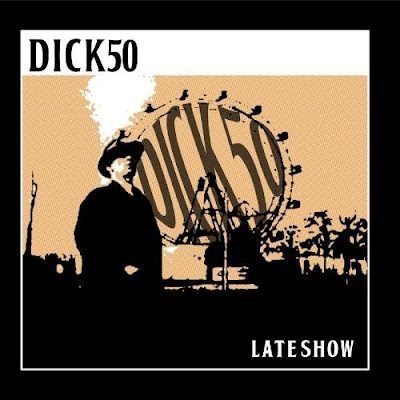 Dick50 is, among other things, the backing band for Delbert McClinton. Creative souls themselves, the band plays and writes their own material when they’re not supporting McClinton. Dick50’s Late Show is a charming album mixing elements of Rock, Funk and Soul in a blissed out, melancholy package. The band shows a distinctive ability to craft catchy melodies and arrangements while exploring sounds from garage to blues-inflected pop. Highlights include the funky "Flyin' Now", "Medicine Man", the raw garage anthem "Dirty South" and the Black Crowes inspired "Goldilocks". This is a band that's fun to listen to at home, but likely a whole lot more fun in a roadside bar on a Saturday night where Lynyrd Skynyrd and .38 Special share billing on the jukebox with Stevie Ray Vaughan and Hank Williams, Jr. Late Show is entertaining.

Learn more about Dick50 at http://www.dick50.com/ or www.myspace.com/dick50band. Late Show is available as either a CD or Download from Amazon. A digital version is also available from iTunes.
Posted by Wildy at 5:05 AM