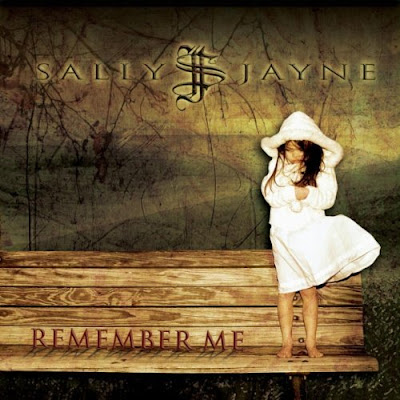 Sally Jayne isn't about to tell you who they are. The band tries, in existential terms, to be a reflection of the world around them. The music of Sally Jayne is a chronicle of the human condition as seen through the lens of one small band from Jackson, Mississippi. The band title is something of a command, telling all lost souls (Jayne, as in Jane Doe) to rush forward and claim themselves (Sally forth). This purpose is scattered across four songs on the band's debut
album Remember Me.
Wildy's World was provided with a short form EP to review the album. The presumption in such cases is the best material from the album is on the EP. The EP opens with "Feel", a mid-tempo alt-rock tune with an infectious chorus; with it Sally Jayne sounds a bit like a cross between Creed and Hootie And The Blowfish. The novelty of the sound and repeatable chorus should build real momentum for this track as a single. "The Letter" is a guitar-driven ballad whose opening reminds vaguely of White Lion's "When The Children Cry". Vocalist Marcos Martinez-Rogers really does sound a bit like Darius Rucker. His voice is soulful, although not quite as full or warm as Rucker's signature sound. Sally Jayne heads for a rockier sound on "Chapter One" while maintaining the slow pace and soulful sound that seems to be their trademark. Sally Jayne closes with "Remember Me", a complex and dark rocker that shows a bit more classic rock lean than available elsewhere on the EP. It's a decent closer that serves to show off the breadth of Sally Jayne's sound.

Sally Jayne has enough in their sound to create moderate interest, but the style is essentially similar to a thousand other bands trying to crack the shell of commercial alt-rock radio. The songwriting here is solid, but there's a spark that just doesn't full engage at times, as if Sally Jayne know there's something explosive here but haven't quite figured out how to unlock it yet. Give them time. It will come.

Rating: 2.5 Stars (Out of 5)
Learn more about Sally Jayne at http://www.sallyjayne.com/ or www.myspace.com/sallyjayne. Remember Me is available as a digital album through Amazon and iTunes.
Posted by Wildy at 6:11 AM