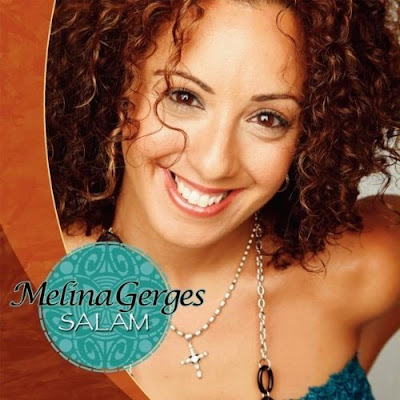 Melina Gerges - Salam Demo
2010, Melina Gerges
Melina Gerges is a classically trained opera singer who’s done time on the Italian scene. These days she's back home in Houston and singing a different tune; adult pop music. On Gerges' forthcoming album, Salam, Gerges balances mature pop balladry with the sort of electro-vocal mix propagated by Delirium a few years back with vocalists such as Sarah McLachlan. Gerges was nice enough to send us a four song demo to check out. The tracks here may not all appear on Salam when it’s released, but are an indication of where she's heading musically.

Gerges opens with "With You Gone", a well-meant but awkward song of memoriam. Musically sound, "With You Gone" features a very immature authorial voice that distracts from the quality of the music. Gerges' voice is rich in tone and timbre, as you might expect, but message certainly overcame form here, and it shows. "Salam" is a single Gerges wrote two years ago and is a tight, positively themed pop gem that would seem to have some pop legs and also be very well set up for a jump to the club scene. "More" is a declaration of independence, of sorts; a resolution to not allow time to pass you by anymore. "More" features a solid chorus and a decent sound, but does get a bit too weighed down in itself. Gerges closes with "Wasted Time", a bland pop ballad that fails to soar.

For a singer as accomplished as Gerges, the biggest surprise about the working songs for Salam is the lack of dynamics. Gerges sings at essentially the same level throughout, showing a decidedly pretty voice but no real sense of personality in the songs presented. The songs are decent and Gerges has a voice you'll cherish, and while Gerges sounds believable in the more positively messaged material presented here, the overall performance is too two-dimensional to stand out.

Learn more about Melina Gerges at http://www.melinagerges.com/ or www.myspace.com/melinagerges. Melina Gerge's debut album, Salam, is due in the Fall of 2010. You can get the single "Salam" via Amazon or iTunes.
Posted by Wildy at 5:00 AM