Wes Weddell - By The Side Of The Lake 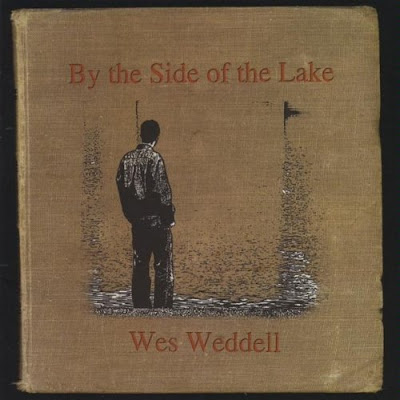 Wes Weddell - By The Side Of The Lake
2010, Dusty Shadows Music/ASCAP

Seattle singer/songwriter Wes Weddell is not only a jewel of the Emerald City's musical crown; he's also one of the biggest boosters of DIY music in the American Northwest. Aside from winning songwriting awards, recording 3 critically acclaimed albums and working as an in-demand session and side-man, Wes Weddell also established a not-for-profit organization, Puget's Sound Productions, to assist in the development of community live music spaces in the Northwest as well as supporting independent musicians in pursuing their craft. The idea of a folk singer/songwriter as Renaissance Man may be hard to get your head around, but Weddell breaks the mold. His latest album, By The Side Of The Lake, features Weddell's masterful story-telling style and distinctive character voices against the backdrop of musical arrangements that simply won't leave you alone.

By The Side Of The Lake opens with "The Gap", a song about the divergence between what we say and what we think or feel. The song is a character sketch of sorts, and the struggle Weddell highlights is one that most people can identify with. "Remember When" is about the struggle between where you want to be and where you are, exploring the angst over getting stuck and missing out on your dreams. The easy-listening adult rock arrangement makes the song a great potential crossover track that may have significant marketing/placement potential. "By The Side Of The Lake" is an ode to simplicity and to the places we call or find home. Weddell weaves a classic folk/country arrangement around a brilliant story-song that's destined to be covered many times over.

"Out Of The Way" rehashes the classic idea that youth is wasted on the young. Weddell engages in a talk/sing style here reminiscent of Arlo Guthrie as he highlight the power of the important places from our past. "Not Now" finds Weddell treading through an Appalachian sound in a song about the tides of change; what they bring and what they take away. It's perhaps the weakest track on the disc and yet would find many songwriters grateful for having written such a tune. "I Like What She Did To Me" is a reminiscence about love and the power that old love can have over you even years later. Weddell is at his best here, creating a song that is highly personal yet universal; full of character yet very real to those who listen.

"Dear Abby" brings us face-to-face with the human tendency to ignore things that are right in front of us, particularly when paying attention means change. "Dear Abby" finds Weddell questioning whether he'd have the will to change a flaw that appeared in black and white in Abby's column. Intelligent with a touch of wit, "Dear Abby" is a brilliant tune. "Below" displays Weddell's small town roots, exploring the damage that progress can do to a town and to individual people's lives. This is not a popularized expose, but an accounting of cost in real human terms that looks at the personal cost of business decisions. "On My Watch" is an activist anthem; a promise to not allow progress to overtake the lives of kith and kin. The solid country arrangement here is a perfect touch, displaying the completeness and depth of Weddell's songwriting talent. By The Side Of The Lake closes with the one-two punch of the Celtic flavored "Get Out Some" and the stripped down tribute "Thanks To The Many". "Thanks To The Many" is a reminder that the world is both bigger and smaller than we imagine. Weddell thanks all of those who have made this life possible, even the ones he never knew. The song is also a challenge to grateful and happy, and to live your life to the fullest extent you might. There are no happy delusions here, and none of the cynical diatribe that masquerades as intelligent observation in much popular music. Weddell simply expresses joy and simplicity in song as a philosophy for life.
If it wasn't apparent before now, By The Side Of The Lake makes it abundantly clear that Wes Weddell is a master craftsman as a songwriter. Weddell's easy going deliver and simple mien make him instantly likeable, whether on CD/MP3 or on stage. Weddell has attracted a crack band over time, but it's the singer/songwriter himself that keeps people coming back again and again. By The Side Of The Lake brings folk music back to its roots; telling true stories about real people and places. Weddell will make you laugh and make you cry; inspire anger and thoughtfulness. He'll entertain and educate you with his songs if only you will listen. Like the great bards of olden times, an encounter with Wes Weddell will leave you a little richer in mind and spirit than when you started. By The Side Of The Lake is a Wildy's World Certified Desert Island Disc; a must-have album.

Rating: 5 Stars (Out of 5)
Learn more about Wes Weddell at http://www.wesweddell.com/ or www.myspace.com/wesweddell. By The Side Of The Lake is available directly from Wes Weddell on his website. You can also purchase the album on CD or via download from Amazon.
Posted by Wildy at 5:20 AM

I couldn't agree more - Wes' new album really stays with you - I find myslef singing those songs in my head long after I stopped listening. Your review provides a really good description of what you will find. I just saw Wes in concert and his shows do indeed delight everyone in the audience.