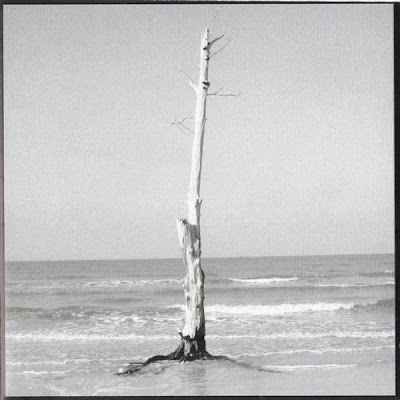 Cleveland, Ohio rockers Syzygy have been developing their sound and identity for a number of years, first under the name Abraxas and later as Witsend. As the band developed and personnel changed, it became clear that the name Witsend would be more trouble than it was worth, and the band chose the moniker Syzygy. An alignment of the Earth, Moon and Sun, Syzygy often represents a coming together, and the name has never been apropos. Syzygy has found a sound that is both classic and fresh, relevant and magical. On Syzygy’s latest album, Realms Of Eternity, the band tackles the spiritual world and the afterlife. The themes on Realms Of Eternity are Judeo-Christian in nature, but Realms Of Eternity seems more of a metaphysical album than a religious one. Either way, it’s some of the most intriguing progressive rock of last few years.

Imagine 1970's Prog rockers Yes with Dennis DeYoung sitting in for Rick Wakeman on keys. Further imagine that this new band also engages in the occasional Jethro Tull-styled diversion, and you'll have a pretty good idea of the sound and range that Syzygy displays on Realms Of Eternity. Opening with "Darkfield", Syzygy gives us a moody and pensive tune that moves quickly to big dynamics, detailing the fall of Eden in song as the beginning of the conflict between God and Satan. Syzygy paints this story against a grand musical canvas, cast highs and lows; darks and lights as they balance the beauty of Paradise with the tension of the eternal struggle over its former inhabitants. "Vanitas" is an instrumental rock orchestral movement about Adam & Eve's self-discovery (and discovery of shame and vanity). It's a stylized representation that works well.

"Dreams" is a grand, theatrical rock number about hope. Keyboardist Sam Giunta channels early-1970's Dennis DeYoung here, and there's a definite James Young flair to the guitar line. "Echoes Remain" could have come right out of a Jethro Tull session circa Songs From The Wood, right down to its philosophic mien. Syzygy turns more to a Rick Wakeman style keyboard sound for "Dialectic", using significant instrumental and vocal layering to build a sound that is at once majestic and intellectual. At over sixteen minutes in length, "Dialectic" offers ample opportunity for instrumental airplay, and Syzygy doesn't miss a single opportunity, playing out a musical narrative of trials and tribulations.

Syzygy takes us on an interesting side trip, transitioning from the peaceful interlude of "Arranmore Isle" into the dark energy of "Overture" before resolving into the light air that flows into "The Sea". "The Sea" details man's yearning to return to God. Mankind hears the voices of the departed across the sea; those who have already returned to their home, and yearns as one to return to where they came from. Hope resurfaces on "The Morning Song", promising all of the wonderful things that Paradise can bring. "Variations, Part 1" and "Variations, Part 2" are both Yes-like in structure and sound, offering the musical equivalents of a movie's deleted scenes and alternate endings. Syzygy does venture into some interesting musical divergences, but these two tunes are for the serious Prog fans and instrumentalists out there who like to pick complex compositions apart for fun. "Reflection" is a moment of contemplation of Faith that leads into "Finale", a joyous yet rocky journey to reunion with God. The song is punctuated by big guitar solos and dynamic interplay; building into a frenzied peak before drawing down to a slow legato that then builds into a Styx-style closing chorus.

Syzygy pulls out all of the stops on Realms Of Eternity, paying homage to some of the most dynamic sounds of the Prog rock era and building on them in new and interesting ways. The heavily religious theme may put some off, but the album plays more like a Dante narrative than a sermon, and can be seen as a parable for man's eternal struggle to be independent set against his eternal need to be loved. Realms Of Eternity is one of the best Progressive rock albums of the past few years.

Rating: 4.5 Stars (Out of 5)
Learn more about Syzygy at http://www.syzygymusic.com/ or www.myspace.com/syzygymusicenterprises. Realms Of Eternity is available as a CD or Download from Amazon. Downloads are also available via iTunes.
Posted by Wildy at 5:10 AM