Lisa Bell - Dancing On The Moon 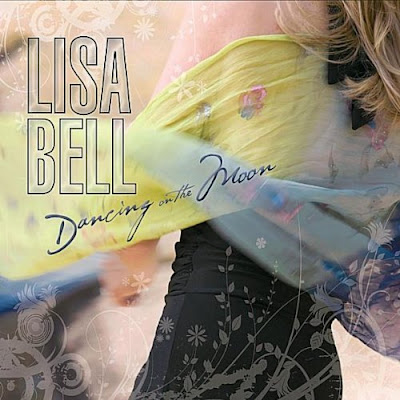 Boulder, Colorado's Lisa Bell returns in 2010 with her third album, Dancing On The Moon, a compositional blend of folk, roots music, rock, blues, jazz and soul that's certain to offer a little morsel for most anyone. Recorded in A-424 rather than the standard A-440 tuning, Dancing On The Moon finds Bell seeking most natural elements with a sound that's designed to be both uplifting and healing. Along the way, Bell has recorded with Nelson Rangell, Gabriel Mark Hasselbach and Bill Payne (Little Feat), and has shared a stage with Stanley Jordan, Hazel Miller and Christopher Cross.

Bell opens with the title track. "Dancing On The Moon" is a soulful bit of 1970's easy listening R&B with blues roots. Bell has a beautifully smooth voice that sounds like it should have been on the radio in the 1970s. "Change Is Free" is a bluesy, soulful tune about self-reliance. Bell injects this danceable tune with the mildest of grit in the vocal line, but it works like a charm. Bell sounds a bit like Carole King on "Move On"; you could imagine King and James Taylor knocking this one out on their recent reunion tour without any difficulty. The song is eminently tuneful, the sort you'll find yourself humming along to the first time you hear it.

"Stand Up" is an inspiring tune, a call to action to take a part in the world around you. Bell mixes rock, soul and the blues here in a tune that will make you want to get up and dance. Taking a sudden turn toward New Orleans, Bell delivers the Zydeco/Country mix of "How Long", a song about getting through a night without the one you love. The song is cute and sweet, full of longing but with a bit of camp as well. Bell offers up an interesting slow salsa interpretation of James Taylor's "Fire And Rain". The song is musically appealing, although Bell's version is much darker than the original. "The Last Time" explores the ease with which old feelings can resurface, and the power they can hold over us even years later. It's a romantic tune apropos for class reunions and other such flashpoints for romantic memories. Dancing On The Moon closes with "Carry On", a song about finding the right person at the wrong time. Bell fits nicely into the 1970's easy listening demographic with this tune, although the ghosts of a country tune haunt this song.

Lisa Bell has a gorgeous voice; supple and warm and full of emotion. She performs each song on Dancing On The Moon with her heart firmly in front. The songs on Dancing On The Moon are strong singer-songwriter material with health dollops of the blues, soul and R&B sewn into the seams by Bell's voice. If the album is a bit consistent in sound, Bell takes the occasional step outside the box to remind you that dynamic doesn't always have to mean loud. Dancing On The Moon is both dynamic and graceful; a difficult feat in modern music.

Rating: 3.5 Stars (Out of 5)
Learn more about Lisa Bell at http://www.lisabellmusic.com/ or www.myspace.com/lisabell1. Dancing On The Moon is available as both CD and Download from CDBaby. The album is available in various formats from Amazon and iTunes.
Posted by Wildy at 6:16 AM