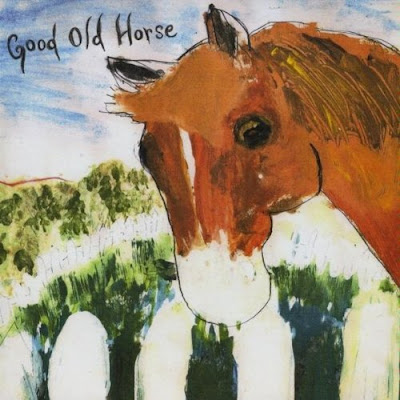 Gwyneth Moreland and Michael Monko are a study in dichotomies. Moreland was raised in Mendocino, California in a back-to-the-land philosophy that eschewed such modern American fare as television, junk food and CD players. Moreland, whose aunt is Donna Reed (The Donna Reed Show), dug into her parents’ record collection, planting the seeds of her song craft with health doses of Dylan and Baez. Michael Monko was a suburbanite in San Francisco with a penchant for heavy rock and bluegrass. The two met in 2009 as Moreland was preparing to tour for in support of her debut solo album, Wishbone. Michael Monko was hired to support Moreland, but the two found immediate chemistry and began writing together. The result of that spark is the new EP from Gwyneth & Monko, Good Old Horse. The EP is a series of fictional tales involving female characters wrapped around a devotional to Moreland's childhood horse (hence the title). The blending of Monko's heavy rock and bluegrass styles with Moreland's country/folk songwriting and classic country voice makes Good Old Horse a treat.

Gwyneth & Monko open with the title track. "Good Old Horse" is a loving tribute to a pet horse that to more cynical minds will seem like it must be a joke, but is an entirely heartfelt expression of affection for a pet that saw her through the trials and tribulations of youth. The simple folk arrangement adds to the sweet nature of the song, as if an appreciation for old ways and old music might go hand in hand. Gwyneth Moreland's voice is gentle and full of light; perfectly suited to this song. "Union Station" is a song about cutting your losses and getting out of town. The delivery here has an old-time feel even if the subject matter seems a bit more modern. It's a charming performance even if it seems a bit out of place at times.

Sounding like a frontier-day Lisa Loeb, Moreland tells a tale of sacrifice and regret in "Lexington Ballad", the musical autobiography of a prostitute who dreams of a better life. It's a moving tune that humanizes someone you might otherwise write off. It's a surprising and ultimately beautiful tune both for its melody and arrangement, but also for its stark measure of humanity. "Jack-A-Row" is the story of well-heeled girl who falls in love with a man of whom her family does not approve; a sailor. It's the age old story of a fight between mother and daughter over whom she should or should not marry. The heroine of the song proves she will do whatever it takes to keep her sailor man, and in the end it's clear they will marry in spite of all that works against them. Good Old Horse winds down with "The Cuckoo", a charming tune that allows Moreland to show off her sweet voice and Michael Monko to put his impressive instrumental skills on display.

Complexity within simplicity. That's the recipe that drives Good Old Horse and makes it such an indispensable EP. Gwyneth Moreland & Michael Monko carry with them old-time charm that's steeped in the Appalachian tradition. The comparison of Moreland to Lisa Loeb is apt if Loeb lived 100 years ago in the mountains of West Virginia. Don't be surprised if Gwyneth & Monko become darlings of the folk circuit over the next few years.

Rating: 4 Stars (Out of 5)
Learn more about Gwyneth And Monko at http://www.gwynethandmonko.com/ or www.myspace.com/gwynethmoreland. Good Old Horse is available as either a CD or Download from Amazon. Digital copies are also available from iTunes.
Posted by Wildy at 5:10 AM

Oh my god, there is really much worthwhile data in this post!