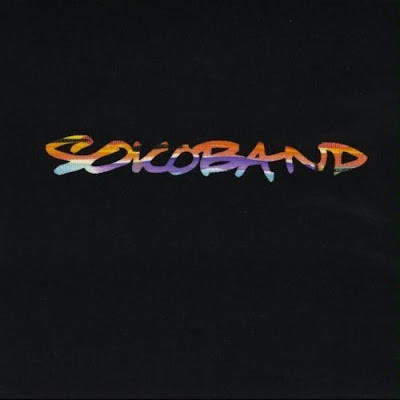 Sokoband (formerly Soko) is a Charlottesville, Virginia based Jazz duo that formed in 1990. Comprised of Michael Sokolowski (piano) and Houston Ross (bass), Sokoband has worked with a number of top name performers over the years. In 1996, Sokoband released their debut album, In November Sunlight. The album featured guest appearances from Dave Matthews, LeRoi Moore and Tim Reynolds, and sold very well for an instrumental jazz album because of their presence. Sokoband wasn't happy with the album as presented however, and undertook remaking it over the past two years. The result is Sokoband, which includes all eight tracks from In November Sunlight as well as two new tunes. Matthews, Reynolds and Moore came back for this new project. Additional guests include Steve Kimock (guitar), Mike Colley (guitar), David Cast (sax), John Zias (guitar) and David Darling (cello).

Opening with the frenetic synth of "Coast To Coast", Sokoband creates a danceable pop offering steeped in Herbie Hancock style jazz/pop. It's an enjoyable tune that allows the musicians to explore their own riffs and inspirations while sticking closely to the main theme. "Jiriki" has a Latin jazz feel, with acoustic and electric guitars trading riffs in against the tasteful waterfall backdrop created by the piano and percussion. "In November Sunlight" sounds like film score music, with Sokolowski developing a pervasive and memorable theme on piano. As other instruments come in they somewhat obscure the theme, but it resurfaces from time to time out of the depths to remind us all that it’s there.

Sokoband launches into a ten-minute plus progressive jazz/rock Odyssey in the form of "Energy Changed", playing with dark subtexts and distortion around a guitar-led theme that's as unsettled as it is iconic. It's not Pink Floyd, but could have spun from a Gilmour-inspired haze. "And Yet Your Smile", one of the new tracks this time around, plays like a 1970's easy listening jazz tune, with saxophone out front. While it's a decent listen, it is driven by a very different writing style than the older material. Where the older songs have a fresh edgy feel a decade and a half after they were written, "And Yet Your Smile" sounds tired. "Half Sleep" is a repetitive expedition, holding space for the closing number, "Nightfall". "Nightfall" is the other new track on Sokoband; a moody variegated composition that dwells in ambience while it slowly progresses through an almost free-form melody.

Jazz fusion fans will love Sokoband. Hard-core Dave Matthews Band fans will snap it up (especially if they don't have 1996's In November Sunlight), but this is hardly a mainstream album. Sokoband is inventive and original at times, formulaic and derivative at others. The newer material, while relevant, just doesn't fit well with the original 8 songs. The original material gets new life here, mostly successfully. Sokoband is complex and highly musical when on their game.

Rating: 3 Stars (Out of 5)
Learn more about Sokoband at http://www.sokoband.com/ or www.myspace.com/sokoband. Sokoband is available as either a CD or Download from Amazon.com.
Posted by Wildy at 5:00 AM