Son Of The Sun - The Happy Loss 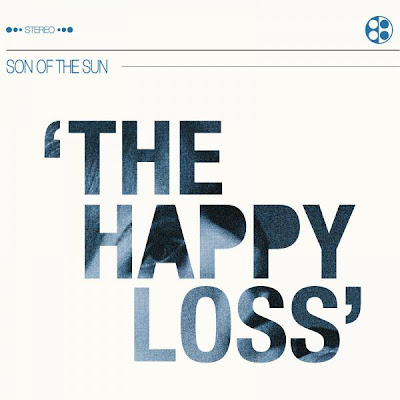 Buffalo, NY band Son Of The Sun returns on June 22, 2010 with The Happy Loss, their first full-length album and the follow up to last year’s Before The After EP. The Happy Loss is a highly detailed collection of melodic rock songs, produced by Mike Brown and the band and mixed by Alan Weatherhead (Sparklehorse, Camper Van Beethoven, Cracker).

The Happy Loss opens with "The Good Ole Days", a powerful and passionate piece of moody rock n roll. Offered in a simple, driven arrangement, the melancholy air of "The Good Ole Days" plays well on the edges of 1960's psychedelia. "The Other Side" is a moody piece in a dark Americana setting. The band employees multiple vocal lines here singing (mostly) in time and in unison, sounding like the relentless call of things we can envision but can't understand. "How Can It Be?" is a lament over a relationship lost; she mistreated him out on the way out the door but he's still searching for her.

Moving on is the theme of "Leopard Print", but this departure is mournful and startlingly desperate. "Get Together" is catchy and danceable garage rock; the best song on the album. The simple, sweet melody here will catch you by the ear and keep you interested even after several listens. In "Keys (Last Call)" we have reminiscence about a first meeting that's both sweet and messy, and driven by the hangover of the desperation apparent earlier in the album. "The Franklin" is right there with "Get Together" for best turn on the album, a mid-tempo country tune with great harmonies and a knockout arrangement. The Happy Loss closes with "Tell Me" which sounds like a classic 1950's ballad. The urgent depicted here is like the helpless dependence of a child; a stark close to an album where the undefined anti-hero falls down and never recovers.

Rather than offering the usual happy resolution of a breakup album on The Happy Loss, Son Of The Sun leaves us mired in the on-going struggle to get by; get through. While it doesn't fit the rules in the pop handbook (similar to the Disney credo of happily ever after), it's a highly realistic rock cycle dealing with loss without ever fully coming to terms with it. It fits the way most people live their lives, flitting to and fro around the damage without ever fully inspecting it or coming to terms. Musically, Son Of The Sun take a few steps forward from Before The After marking no wholesale change but the slow development of a band not in a hurry to take over the world. It's a solid effort, and worth spending some time on.