Review: Graylit - The World’s Out Late 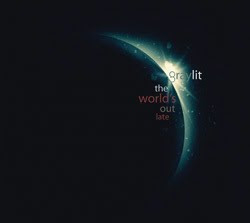 Graylit is an alt-rock quartet based in Nashville, Tennessee who met as college students in Florida. The band; Chris Yount, Mike Williamson, Lee Card and Jefferson Yount, all work 9-5 jobs while they keep plugging away at the music. Graylit is a perfectionist band, never really finishing a song, but taking it as far as they can before they have to lay it down. Graylit’s debut EP, The World’s Out Late, gives a first taste of the sound the band has been working so hard for.

The World’s Out Late opens with Prelude, a brief instrumental prologue that leads into Polite. Polite is majestic Power Pop ala U2 jamming with Coldplay. The radio potential on this track is off the charts, and Jefferson Yount and Mike Williamson have voices that simply melt into your ears. All The Lights is very much in the same vein, with a soaring chorus and serious commercial punch. Weather Report takes all of these qualities and magnifies them, creating almost a caricature of the sound heard on the first two songs. The arrangement is too lush and pretty, burying what ends up being a somewhat mediocre song in layers of sound. Unfortunately Stay, From The First Train and Tangled are much of the same school.

Graylit shows some real potential on The World’s Out Late. The first two tracks in particular establish them as a band that could go big places, but the sound here is too consistent, with over-production that serves to bury the lesser material in so many layers that they may sound more impressive than they really are the first time around. A willingness to expand the sound, or at least vary it some over the course of an album will keep things fresher for the listener and help to expand the musical horizons for Graylit. The World’s Out Late definitely has some strong points, but unless Graylit takes a few risks the sound will be too stagnant to hold listeners' attention for long.

You can learn more about Graylit at www.myspace.com/graylit or http://www.graylit.com/, where you can purchase The World’s Out Late in their storefront. Be warned, the website can be a bit confusing to navigate as it’s not necessarily set up to be user friendly.
Posted by Wildy at 5:00 AM

Labels: Coldplay, The U2