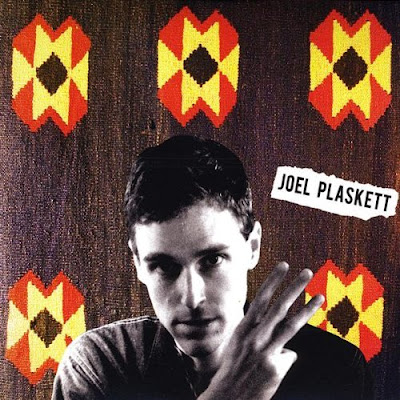 Joel Plaskett realized one day that he had recently written three songs where the title was one word repeated three times. Plaskett thought to write an entire album in this fashion, but also had songs that didn't conform to the naming convention he wanted to include. His answer was to record a triple album (he was 33 1/3 years old at the time). In April of 2009, Plaskett released Three on Maple Music Recordings (Canada). The attempt to write a traveling record with universal appeal appears to have gone well, and the number Three appears to be a lucky one for Plaskett.

Disc one of Three is very upbeat, with a Traveling Wilburies feel to songs presented. Pine, Pine, Pine is the star; a song about the human condition with an interesting 16 Tons reference (Tennessee Ernie Ford). Every Time You Leave is strongly upbeat Americana and perhaps the best vocal performance on the disc. In quieter moments, Plaskett can sound amazingly like Paul Simon. You'll first hear this on Wait, Wait, Wait, although the phenomena recurs several times across the three CDs. My favorite song from all three discs is on disc one; Wishful Thinking is an upbeat take on life on the road and what you might miss out on.

Disc Two slows things down significantly. Sailor's Eyes talks about being in a relationship with someone who seems like they aren't always there. The call of the sea to a sailor is the image used, but the message is very clear. Heartless, Heartless, Heartless is a highly intelligent and introspective tune that's much darker and more personal than anything that's come before it. A close second for the best song overall is Demons, a musical monologue on struggling with our own worst sides. The third disc felt like a bit of a stretch, as if Plaskett perhaps went one disc too far. The songs are decent, but didn't have the same vibrant feel as much of the material on the first two CDs. One exception is Rollin', Rollin', Rollin' which could vie for best song on the album.

Joel Plaskett does well for himself with Three. Even the less vibrant material is well-written and performed. In spite of having been a huge Canadian Alternative fan back in my college days, I had heard of Plaskett but never heard any of his songs. Three makes me want to go back and seek out what else he's done. Plaskett is a highly talented songwriter with a singular authorial voice, and his sweet, lyric singing voice places a quiet exclamation on ever poignant line. Make sure you take the time to check out Joel Plaskett and his album Three; they're definitely worth the effort.

You can learn more about Joel Plaskett at http://www.joelplaskett.com/ or www.myspace.com/joelplaskett1. You can purchase a copy of Three from MapleMusic.com, or you can play almost $10.00 more at Amazon.com. Amazon is still the cheapest source for downloads, however.
Posted by Wildy at 5:10 AM