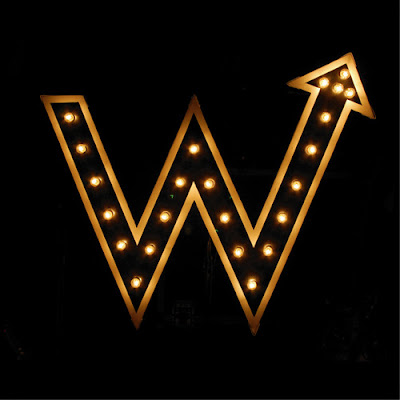 Westerly is a band, appropriately enough, with roots in the Western United States. Finding a common meeting point in Seattle, Joshua Schramm (vox/guitar/harmonica); Kory Nagler (vox/guitars/harmonica/keys); Bob Hyde (bass) and Andrew Squire (drums/percussion) have created a blend of Country, Rock and Folk that’s as accessible to fans of 60’s and 70’s icons Buffalo Springfield, Bob Dylan and Tom Petty as it is to fans of Ryan Adams, Wilco and Drive-By Truckers. Driven by ambivalence between life on the road and putting down roots, Westerly bridges the gap between genres by being all and none at the same time. Westerly’s sophomore album, This Lonesome Town, was released in March of 2009.

This Lonesome Town opens with Pour The Wine, a gentle and overly generic country tune. The sound here is pleasant but the song doesn't make much of an impression. Every Word has a California Country sound reminiscent of The Eagles. It's a decent tune in a fairly predictable arrangement. This Lonesome Town is a pleasant composition and well arranged, although the lyrics are highly repetitive. The song has a quiet sway that gives it a lullaby-like feel. Westerly breaks out with the high energy Third Wheel, perhaps the best song on the disc. This song could go straight to Country radio as-is. Memphis and Holding On plod their way through to Weightless, a moderate tempo Country/Rocker with an infectious nature and some excellent vocal harmonies. Black Hat and Slow Trail follow a somnolent path, musically. Before You Came picks up the energy a bit in what might be the best song on the disc. Westerly performs and inspired rendition of The Rolling Stones' Wild Horses before closing out with 30 Seconds, the most ambitious composition on the disc.

Westerly makes a decent impression with This Lonesome Town. Instrumentally the band is excellent. From a songwriting perspective there are highs and lows, but generally the results are above average. This Lonesome Town is a pleasant listen that grows at the intersection of Rock, Country and Folk. There are a couple of weeds in the grass, but on the whole it's a good listen.
Rating: 3 Stars (Out of 5)

You can learn more about Westerly at http://www.westerlymusic.com/ or www.myspace.com/westerlyseattle. You can purchase This Lonesome Town directly from the band as either a CD or download, where the download option allows you to choose your own price.
Posted by Wildy at 5:00 AM