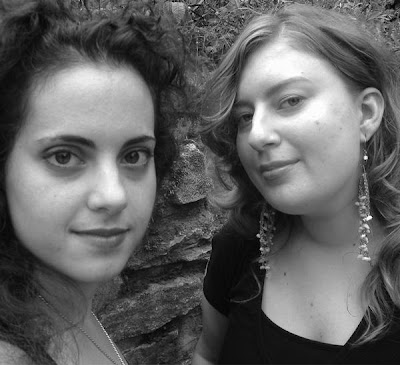 Cincinnati, Ohio's Iolite creates music that runs across the boundaries of Jazz, Blues, Soul, Reggae and R&B. Arianne Benick and Julia Johanan are the prime movers behind Iolite, and strive to write conscientious songs full of wisdom and light. Benick spends here non-music time sewing children's pressure garment for burn victims as Shriner's Hospitals for Children, adding a deeper perspective to her writing and singing. Julia Johannon is a Conservatory trained pianist and composter who plays keys for Iolite and shares in the songwriting duties. The band is rounded out by Shimon Israel on bass; Dan Barger on sax, flute and percussion and revolving committee of drummers made up of friends and associates of the band. Iolite recently released their debut CD, the Iolite EP. It becomes clear quickly that Iolite is headed somewhere.

Iolite is an album fraught with problems but also has some very strong moments. Vocalist Benick has a wonderful sound, warm and rich in vocal tone that lights up her deep, resonant alto. Instrumentally the band is top-notch, seemingly able to tackle almost anything. The difficulties arise not on the technical aspect of the vocal line but the execution. While Benick has a gorgeous voice, there doesn't seem to be much conviction on Iolite. Night opens in a torch style that should be sultry but sounds uninspired. The passion and energy the vocal line calls for just aren't here. Be Wise runs into similar difficulties; Benick has a wonderful voice but the full commitment just isn't here. The question becomes whether Benick is holding back or simply doesn't have the emotional oomph to truly convey what she's thinking. Good + Bad is very similar although the instrumentation continues to be out of this world. Rooms finds Iolite spreading out into 1970's Jazz/R&B. The attempt is a bit bland but shows hope for future growth and development. Iolite closes out with Taking It Slow. Once again the instrumental aspect is wonderful and the vocalist is decent but just doesn't commit.

Iolite [EP] shows a band trying to work out their issues. The instrumental side is fairly well set and the vocalist has great sound but just doesn't convey the heart this music calls for. Iolite is a decent effort with room for a fair amount of achievable improvement.

You can learn more about Iolite at www.myspace.com/iolitemusic. The Iolite EP will be available soon. Keep checking their MySpace page for more information.
Posted by Wildy at 5:00 AM