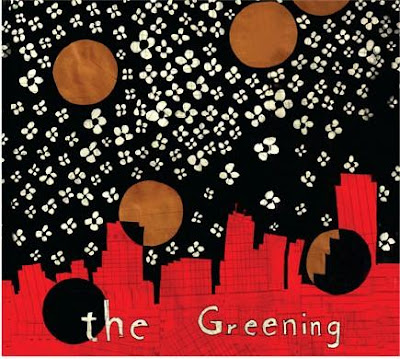 San Francisco's The Greening strives to create a new form of pop music with each successive album. With their feet grounded in the Art Rock of the 1970's, The Greening use a distinctive Pop sensibility to build songs with big hooks and a formalist attention to detail. The Greening's latest release, (She's So) Electric [EP] follows that parabolic pursuit for post-modernist Pop perfection ever close to its logical conclusion.

(She's So) Electric captures a 1960's/1970's sound and feel; it's a fun listen and a highly marketable tune. Sunny Afternoon is in a similar vein; a highly catchy mid-tempo rock tune with strong harmonies. Belong With Me finds The Greening digging into an early 1960's Pop sound with flashes of Beach Boys style harmonies. The closing track, Today, Tomorrow is decent enough but not up to the quality of the first three songs.

The Greening compares well to bands like Woodward and Tally Hall; the focus here is a bit more solidly in the 1960's than with the other two, and I imagine The Greening will play particularly well with Baby Boomers. (She's So) Electric is catchy enough to have commercial legs, particularly in the licensing area. (She's So) Electric [EP] is an enticing appetizer. It'll be interesting to see what comes next.

You can learn more about The Greening at www.myspace.com/thegreening. You can get a free copy of the (She’s So) Electric EP through The Greening’s MySpace via a “try an offer from one of our sponsor” campaigns.
Posted by Wildy at 4:55 AM