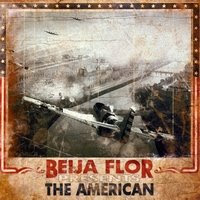 Beija Flor is something unusual. Crafting a sound that is decidedly not like anything else is one thing, but to do so with the mix of aurally aesthetic lyrics and complicated and organic composition, Beija Flor approaches the sort of musical experience that is palpably moving. Beija Flor’s second full-length release, The American brings a more evolved and intricate sound to the fore and establishes this Vancouver based band as one to watch.

The American opens with Life Of A Salesman, a meandering tune that could be mistaken for Willie Loman's life story. The song is an interesting and eclectic collection of musical passages and sounds that borders on the edge of a wonderfully depressed madness. Way Of Living is a classic call and response song that has a strong Lo-Fi sound. Orange Lights continues down the highly eclectic and slightly disorganized path that Beija Flor has set thus far. The song has song wonderful harmonic resolutions within the chorus, but the verses seem to go nowhere in particular.

One of my favorite songs on The American is The Birds. There's a bit more coherence here than on the first few songs, and the arrangement is highly interesting listening. Sunny Boy is a delightful song, with guitar work reminiscent of later-career Paul Simon. The melody here is the key however; it will stick with you long after the disc stops spinning. Other highlights include Dear Jon, We Grew Tough, Poor Man Rich City and The American.

Beija Flor is kind of like Americana music played in a funhouse. There are moments throughout the album where the songs are held together only by sheer determination. Beija Flor has a talent for arrangements that don't sound like they'll work until you suddenly realize they did. There are elements of Pink Floyd and Jackson Brown here (both on Fire House). The American is niche music; an acquired taste. You'll have to given this one a few listens to see whether you like it or not. I'm still deciding, but it certainly is different and unusual.

You can learn more about Beija Flor at http://www.beijaflormusic.com/. You can purchase a copy of The American at www.cdbaby.com/beijaflormusic.
Posted by Wildy at 5:10 AM