Review: The Killdares - Secrets Of The Day 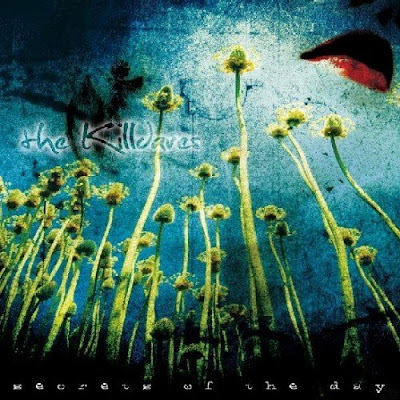 The Killdares aren't quite like anyone you've heard. You like Celtic music? check. You like a big rock sound? check. Grand master violin playing? check. Screaming bagpipes? check. Wailing electric guitar? check. A lead singer on drums? Got that too. The Dallas based quintet sets hearts and minds atwitter with their mind blowing mix of sounds and styles both in the studio and on stage. Traditional Celtic fans even fall in line for a Killdares show. On their fifth independent release, Secrets Of The Day, The Killdares even add a dark electronic element to their sound. It's an expansion on rather than a deviation from their sound. Prepare to be blown away.

The Killdares mix of Celtic and Rock is unusual but not unique. Several bands have done so over the years, most notably The Pogues, who mixed Celtic and Punk quite nicely. Other fine examples include Captain Tractor, Spirit Of The West, Great Big Sea and Seven Nations. If you enjoy any of these groups then there's a strong likelihood you'll love the Killdares. Rip-roaring bagpipes, searing violin and the strong vocals of Tim Smith make everything the Killdares touch turn to gold. Secrets Of The Day opens with Seasons, a strong, steady rocker with a memorable melody and great hooks. Closer Than You Know brings a big guitar sound and a delicious duet between pipes (Matt Willis) and violin (Roberta Rast). This song will get you moving in a big way and is likely to be a big time concert favorite.

Hold My Heart is a rock ballad with Celtic heritage and crunchy guitars. The Killdares just have this knack for creating very catchy arrangements that make you want to get up and dance. Long Island High is a must for jig fans. Irish jigs to a Rock N Roll beat -- need I say more? Be sure to check out Disappear, one of the more introspective and beautiful songs on the album. It's followed up by Along Came You, a delicious musical construct that leaves the listener picturing a lone horse and rider crossing a plain from the far horizon to here. The melody of Along Came You is inspired; it's a rock ballad that will be major mix tape material and has a great pipes solo to boot. Secrets Of The Day may just be my favorite song on the album. Guitar, pipes and violin intertwine to build a driving rock song that you won't be able to get out of your head. Other highlights include Glasgow, Push, Speak To Me and Rose De Lay.

The Killdares are the sort of band that do not come along often. The marriage of traditional Celtic style and Rock N Roll is a powerful one when done right, and the Killdares are definitely doing it right. They are an exciting band to listen on CD; I can't even imagine the intensity of a live show, but I bet its worth the time and money. Secrets Of The Day is a monster disc. It's a Wildy's World Certified Desert Island Disc, and a must for fans of Celtic music or Rock N Roll. Don't pass this one by.

To learn more about the Killdares check out http://www.killdares.com/, where you can purchase a physical copy or a download of Secrets Of The Day.