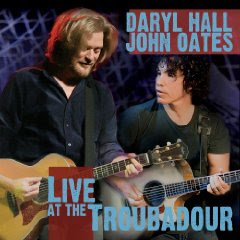 You can learn more about Darryl Hall and John Oates at http://www.hallandoates.com/. You can purchase a copy of Live At The Troubador at Amazon.com or wherever music is sold.
Posted by Wildy at 5:05 AM