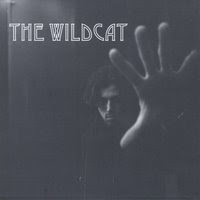 The Wildcat are a Hollywood, California alt-rock trio that’s part garage and part Americana. Joshua Gollish (guitar/vox), Robin Everhart (bass) and Ric Rocc (drums) give it all they’ve got on their third release, and full length debut, The Wildcat. The Wildcat rocks it old school, from the foot-tapping, hook filled guitar rock songs to the vinyl-lp replica looking CD.

The Wildcat opens with Nothing's Fresh, a deliciously bright rock tune with big guitar sounds and a real pop bent. This is rock and pop at its most streamlined and enjoyable. Lead vocalist Joshua Gollish reminds me distinctly of John Thomas Griffin of Cowboy Mouth, and at times channels a bit of Eddie Vedder to boot. The Wildcat is definitely more in the Cowboy Mouth territory, while Can't Sleep and Where The Wind Blows have that Seattle influence that is distinctly Vedder. The Girl is an incredible messy blues tune with lots of slide guitar and dirty licks. Shimmy Interlude is a fun little musical sidebar, and All That Remains hearkens back to a 1960's musical ethic. Other highlights include Shimmy Rock and Some Friends (which has a guitar lick that sounds like it was partially borrowed from The Eagles' Life In The Fast Lane).

The Wildcat is a rough work that runs all over the map. It's a very enjoyable listen, but there's little cohesion or consistency throughout the album. This means that while it's a great listen it's not likely to find a lot of commercial oomph. The Wildcat (the band) comes across as your quintessential bar band. These are guys whom you'd be very happy to be entertained by on any given weekend night, and they're good enough to be more than just a bar band, but until a real musical direction or cohesion comes into play it's probably what they'll be (and there's no shame in that - The Black Crowes have been a bar band all of their careers - a very good and successful one).