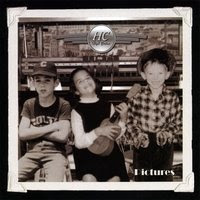 Some of the best Rock N Roll music can be found in country bars these days. While major labels have encourage a barrage of rock bands who adhere to a modern rock sound that is homogeneous and pasteurized of the rebellious joy that made Rock N Roll what it was in its heyday, country bands in honky-tonk bars all over the country continue to make hybrids of good old fashioned rock. Alpharetta, Georgia’s High Cotton is just such a band. Mixing rock, soul, celtic, country, Americana and anything else they can find, High Cotton fashions a warm organic sound that sounds as off the cuff as it is meticulously planned. High Cotton's latest CD, Pictures, is a real treat.

Pictures opens with Song For A Mountain Weekend, a low-key rock tune that is pleasing to the ear and moves with a joyous energy. Crazy To Sing is a good old rockabilly tune that will have you up and moving around before eight bars are out. It's a quasi-autobiographical song about High Cotton's lead vocalist, Laura Monk and will hit the right note with many of the musicians/vocalists who are regular readers here. The title track, Pictures, is a more traditional country ballad and really displays the gorgeous timbre of Monk's voice.

Song For The Big Easy is a jazz-flavored tribute to New Orleans. It's a love song you won't want to miss. 12-String is a 1950's style ballad whose opening sounds a bit like Stand By Me. It's a sweet, sentimental love song. Long As I Don't Lose You is a country/pop gem that might have real commercial potential. Other highlights include Tattoo, Just Can't Be and Dirt Nap Lullaby.

High Cotton incorporates many different styles and sounds into their music, creating a mix that is both hearty and enjoyable. Top notch musicians all, High Cotton is reminder of why most people start out making music; they love it. Their joy shines through Pictures, and you'll find yourself returning to this CD from time to time when you need to remember what it's all supposed to be about. Pictures is not the sort of CD that's ever going to be a huge seller just on the basis of demographics, but true music fans will get this, and musicians will love it.
Rating: 4 Stars (Out of 5)

You can learn more about High Cotton at http://www.highcottonatl.com/. You can purchase a copy of Pictures at www.cdbaby.com/highcottonmusic.
Posted by Wildy at 5:10 AM