Review: Michelle Lewis - This Time Around 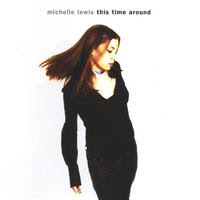 Michelle Lewis is a singer/songwriter you really want to listen to. Her warm, melodious voice means that any tune is a treat, and her arrangements tend to be a little on the mellow side but with lots of burgeoning energy just beneath the surface. One thing Lewis is more than anything else is dead-on honest. There are moments where she sounds a bit like Ani DiFranco, but she can just as easily go all Sarah McLachlan on you, sometimes in the same song. Lewis’ debut, This Time Around was released in 2004. The Boston-based performer surprises only in that she has yet to become a household name.

This Time Around opens the disc as the sort of wonderfully tuneful and accessible folk rocker that Shawn Colvin is so well known for. A very viral melody is at the heart of this song that mix faux toughness with a wandering sense of loss. Caroline is a musical letter to a friend who is living in freefall. The song is poignant, but the high point is the interplay of acoustic guitar, cello and Lewis' voice. Lewis sounds a bit like Ani DiFranco here. Here voice is best described as wonderfully imperfect. Vocal flaws often act like character marks on a voice, and often time the level of interest a voice attracts has more to do with the imperfects than lack thereof. Michelle Lewis's voice alternates between warm and sweet and just slightly jarring. The effect is perfect and works amidst this set of quirky and unusual story songs.

San Francisco Bay is one of the true highlights of This Time Around. The song builds a lyric metaphor between regrets for past inaction and the missing of a particular place (San Francisco Bay). Lewis shows vocal similarities to one of my favorite out of the box singers here, Martina Sorbara. This is the sort of song that can become a signature for an artist. Never Cried For You is pure DiFranco tribute from say, The Puddle Dive era. Lewis appears to have strong influences that still strongly color her songwriting, but you can hear moments where she begins to break free from those bindings and soars as a songwriter (such as on the aforementioned San Francisco Bay and on Searching For Something). Other highlights include Someday, Fifth Floor Song and Could Be You.

This Time Around is a snapshot of Michelle Lewis as a singer/songwriter four years ago. The album is a strong debut with some truly golden moments interspersed throughout. It would be interesting to hear newer material from Lewis to track her development as a songwriter. The early indications here are that the trip would be worthwhile. This Time Around builds a series of solid and viable images for the listener that breathe with their own inner life. Whatever similarities Lewis displays to other artists it's very clear that she's in the process of becoming wholly her own. This is a great start to a career.

You can learn more about Michelle Lewis at http://www.michellelewismusic.com/. You can pick up a copy of This Time Around at www.cdbaby.com/cd/michellelewis.
Posted by Wildy at 5:10 AM