Review: Desmond Drive - I Called I 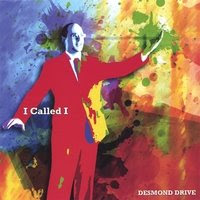 Desmond Drive – I Called I
2008, Desmond Drive
Desmond Drive is an Atlanta band with a big sound. Practicing the fine art of melody-driven rock in the vein of The Beatles or XTC, Desmond Drive literally turns heads when they start to play. Vocalist/keyboardist Bill Shaouy was raised on great melodic pop and managed to internalize that sensibility. It comes through in droves on Desmond Drive’s debut album, I Called I. With the help of Chuck Kelly (drums, percussion); Steve Platnick (Bass), and Rob Gal (guitarist and Producer), Shaouy offers up some of the sweetest pop confections you’re likely to hear.

Desmond Drive travels the highways and byways of big melodies and strong pop themes. The fact that these are applied to a distinct Americana style makes for a highly listenable and universal album that eludes distinct classification while constantly breaking new ground. I Called I opens with Two-Headed Beast, classic Americana in the image of Canadian trailblazers Blue Rodeo. Vocalist Bill Shaouy has a heavenly voice that's as smooth as anything and twice as pleasant. Desmond Drive nearly reinvents themselves on Poker Face, with a strong Roy Orbison thing going on. This is pure 1960's pop music; a love song with a slight country twang and big harmonies. Desmond Drive changes gears again on Isn't It A Wonder, a Beatles-esque pop ditty that's bizarrely beautiful in the most esoteric sense.

If you've ever spent much time on the folk scene in Upstate New York you may have come across a band called The Foothills Trio. I mention them because Desmond Drive's next song, Goodbye, sounds like The Foothills Trio sat down to jam with the Traveling Wilburies. The song carries tremendous harmonies and outstanding guitar work. Your Name is a sweet pop song that will popular for mix-tapes but is somewhat complacent, missing some of the energy encountered thus far on I Called I.

Simple Things, however, is probably the highlight of the album. Shaouy sounds inspired on this gem, which is as varied and complex as pop music gets. Simple Things has an almost Shakespearean quality about it; it's snappy with great hooks and a tremendous sense of movement. Leader finds Desmond Drive in the midst of 180-degree turn. It's an introspective and almost brutally honest self-assessment. It's a beautiful song with something of a John Lennon feel to it. My Will is the most straight forward pop/rock song on the album. It stands out the more so for seeming slightly out of place here. The song runs like a nervous child through the verse but finds purpose in the well-crafted and melodic chorus.

Happy Tollbooth Guy sounds like something that might show up in an Off-Broadway show. It's a bit campy and upbeat and showcases a vaguely theatrical style that runs just below the surface of much of Desmond Drive's music. Stylistically it sounds like Billy Joel and William Finn sat down at the same piano together. My Tribe is a great upbeat pop tune that could cross over as a dance hit, ala Fatboy Slim. My Tribe is the track with the greatest commercial potential, and honestly could be a dance hit with a remix by the right DJ. I Called I closes on a theatrical note, with the spiritually heavy One Night. Desmond Drive really gets down to their roots on these dramatic piano-driven tunes.

Desmond Drive is all over the musical map on I Called I. While this is not a key to commercial success in this day and age, it has always been a formula for classic, memorable, sometimes even iconic albums. I don't know if I'm willing to quite call I Called I iconic, but it's in the ballpark. The melodic sense here is stunning, and the composition style is unique and varied enough to make a distinct statement. Desmond Drive is lyrically competent and unafraid to take musical chances. Fans of folks like The Beatles, The Moody Blues and Dennis DeYoung-era Styx will love this. Fans of melodic pop rock and musicians in general will also find I Called I very gratifying. I Called I is a Wildy's World Certified Desert Island Disc, and definitely something you want on your to-do list.

You can learn more about Desmond Drive at http://www.desmonddrive.com/. You can purchase a copy of I Called I at www.cdbaby.com/cd/desmonddrive.
Posted by Wildy at 5:10 AM