Review: Fresh & Ivan Ives - Juice To Get Loose To 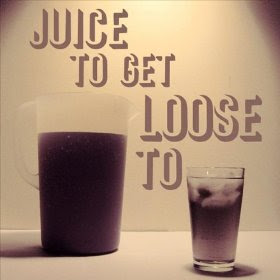 Fresh & Ivan Ives run the gamut of the best and worst things about Rap & Hip-Hop music on Juice To Get Loose To. Fresh & Ivan Ives draw from classic funk and soul influences to construct their musical accompaniment, creating highly listenable beats and music. Lyrically, Ives & Fresh are immersed in the same sort of sophomoric crudity that informs gangster rap and other similar forms. Fresh & Ivan Ives show strong lyric potential, but get caught up in highly limiting and gratuitous lyrical choices that show how able they are to kowtow to the lowest common social denominator but fails to further their ideas. This is unfortunate because Fresh & Ivan Ives show real flashes of lyrical ability. Don't get me wrong, I have nothing against the use of "crude" language or harsh lyrical imagery for artistic purpose or to further ideas, but Juice To Get Loose To just doesn't have that feel, and therefore the lyrical content here ends up sounding gratuitous at best and highly immature at worst.
Without Fail has a strong 1970's/disco vibe, bringing in samples/instrumentation referencing classic Motown sounds. The song also shows Fresh & Ivan Ives’ sense of humor in a self-deprecating fashion. At the same time it is hard to ignore the influence Eminem has had on Fresh & Ivan Ives’ rapping, particularly on the first track. Rock Precise is a prime example of the gratuitous nature of some of the music here. The language and imagery undermines the flow of the song. Time For Juice continues in this vein. It's unfortunate because Time For Juice has tremendous commercial potential. The beats and rhythm here are unique, but Fresh & Ivan Ives have made the song unmarketable with their lyric choices.

Came Into My Life is a tribute to both to themselves as well as to the broad influences Ivan Ives & Fresh bring into their collaborations. Came Into My Life is very well written and performed. August In L.A. incorporates elements of Hip-Hop, Funk/Rock and Jazz in one of the more entertaining listens of Juice To Get Loose To. Other highlights include Haterade, Truth Be Told and 18 Million Gallons Of Juice.

Fresh & Ivan Ives are strong rappers who occasionally make bad lyrical choices. There is, at times, too much striving to fit a commercial style rather on just letting the artist bring forth their sound as it comes. Juice To Get Loose To is a mixed blessing, with moments of musical brilliance stacked up alongside moments that seem to last forever. A strong effort with some evident flaws, but still a worthwhile listen.
Rating: 3 Stars (Out of 5)

You can learn more about Ivan Ives at www.myspace.com/ivanives or http://www.nothresholdrecords.com/, where you can purchase a copy of Juice To Get Loose To. You can also download the album at Amazon.com.
Posted by Wildy at 5:10 AM

i don't think either of them sound anything like eminem, for the record... theres a lot of new artists to compare them to as opposed to eminem.