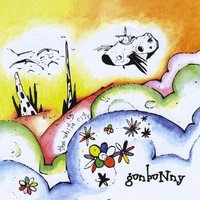 Seattle's Gunbunny relies on a classic 4-piece setup to create new and edgy Americana flavored post-punk pop songs that stick in your head like oatmeal on your ribs. With a second home in Portland, Oregon, this young band is moving quickly. Together just eleven months and with less than twenty-five live shows under their belt, Gunbunny have quickly found their musical voice. They put it on display on their debut, The White City EP, released in October of 2008.

The White City EP opens with The Knife, an edgy, post-surf guitar rock fueled song. The song is very vibrant and catchy and will get your feet moving. Never Wrong keeps listeners on their toes with a change of pace that's fueled by punk instincts in a wonderfully alt-pop setting. Left Coast is a more traditional rock arrangement built on jangly guitars and an introspective melancholy born of absence. Hidden is the gem of the album, with frenetic guitar work and a driving rhythm that won't let you go. Gunbunny seems to have a real touch for this sort of post-punk pop, infusing the rhythm and energy of punk into wonderfully hooky pop arrangements like it's nothing. Wreck ventures into a more Americana sound embellished with twangy guitars and a hint of vulnerability.

Gunbunny is a pleasant surprise. For a band so young (as a group) to have found their voice so quickly you start to think there's something special going on. Gunbunny covers enough musical ground here to avoid a distinct pigeonhole, but there's a definite punk work ethic and energy in this band, and there's a highly refined pop music sensibility that runs through their songwriting. It's a recipe for success that many bands dream of. The White City EP is a great introduction to Gunbunny, and is sure to leave you wanting more.

You can learn more about Gunbunny at www.myspace.com/wearegunbunny. You can purchase a copy of The White City EP at www.cdbaby.com/cd/gunbunny.
Posted by Wildy at 5:20 AM