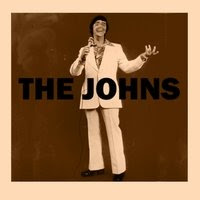 The Johns - Foresight/Poorsight
2008, Ghost In The Cupboard

The John's hail from Chicago, brandishing their style of honest, mid-western Rock N Roll like a sigul. The Johns have barnstormed the Mid-West, making friends and fans at each stop along the way, and even entertained a crowd in Boston's Town Hall in the past year. Everywhere you look these days you see things in contraction, but not The Johns. Their dream in creation just continues to grow. Their latest release, Foresight/Poorsight furthers that dream in wonderful and melodic ways.

Yes, they sound like early U2. The Johns, more than any band I've heard, have captured that blend of melody, grand harmonies and grander themes that made U2 such a success. Lead vocalist Jon Scarpelli even manages to sound a bit like Bono at times. Foresight/Poorsight opens with Sun For Days. Sun For Days is built on a simple melody and even simpler arrangement. Trim harmonies and workman-like guitar work making for a stark and lovely song, steeped in that melodic bigness U2 was known for in the 1980s. Defeatist sticks to a similar style, with sublime vocals and a sort of minimalist quasi-minimalist instrumental approach. If you want to hear angelic harmonies check our Love In A Dangerous Place. The song is a highly melodic ode to death and love and how one doesn't necessarily overcome the other.

The Johns change pace with the country-flavored Compass Rose. The wailing, ethereal pedal steel is almost dreamlike before the song returns to the pop/rock form The Johns are adept at. Wake Me Up is a darkly sweet waltz hiding in a ballad obsessed with mortality. The song is beautiful. Can't Carry No More is good old-fashioned honky-tonk country full of wit and not just a little spirit and is probably the feel-good standout of the album. Other highlights include Green Collar and Are You Still Coming?

It's hard to say the Johns are entirely unique, but they certainly have the market cornered on melodic pop. There is no one quite likely them in the music scene right now. The U2 comparisons are going to be made, and they aren't entirely unfounded, but The Johns make the sound all their own. This is one incredibly talented group. Foresight/Poorsight may just call for the crown of kings of melodic pop to be change hands again.
Rating: 4 Stars (Out of 5)

You can learn more about The Johns at http://www.thejohnschicago.com/. You can purchase a copy of Foresight/Poorsight at www.cdbaby.com/cd/thejohnstunes2.
Posted by Wildy at 5:00 AM

Labels: Bono, The Johns, U2