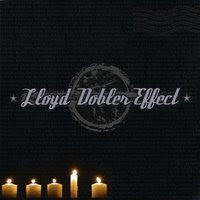 Lloyd Dobler Effect is a Washington D.C. based band with big plans. Having toured extensively over the last four years, Lloyd Dobler Effect has played with a virtual whose who of Rock N Roll. Lloyd Dobler Effect celebrated 2008 by releasing their debut studio album, Lloyd Dobler Effect. The album had been in the works since 2004, but an air of perfectionism settled over the band, and combined with a heavy touring schedule it just didn’t happen. Two live albums filled the space between, but for long suffering fans, the album is finally here.

Lloyd Dobler Effect opens with Have Faith, a wonderful pop rock song with smooth vocals from singer Phil Kominsky and an unerring melody. Through in some funky guitar work up front and a smokin' rhythm section and you have the base recipe for a fine album. Meet Me In London is a big, joyous rock song that sounds like it could have been a Gin Blossoms tune. This is first class Rock N Roll, the sort of stuff that even ten years ago would have been a major radio hit. Radio is a big arena-rock style song. Vocalist Kominsky has this interesting vocal tick that kicks in from time to time. Occasionally you'll hear this vocal quality that is eerily reminiscent of Freddie Mercury. It's generally gone as quickly as it came, but certainly notable when it occurs.
Spain is a loping rocker with big harmonies on the chorus and Spanish guitar licks cementing the phrases together. Kominsky and mates seem to ricochet through self-titled debut between slow, meandering, harmony filled rock anthems and frenetically guitar-driven rockers. Release Me is a prime example of the latter, reigniting the comparisons to the Gin Blossom in the process. Fans of the Tragically Hip will also find shades of their favorite band here as well. You'll want to surf the funky guitar licks of Might Be Love and the Latin-Rock tune Stranger, which is the absolute highlight of this disc. Vacillating between Latin and Rock sounds with some electric slide guitar work thrown in, Stranger is by far the most dynamic and interesting composition here. The recorded version runs five-and-a-half minutes, but you could easily hear this getting stretched into an extended jam in concert. Other highlights include Empty Reach, Harvard and I Have The Touch.

The Lloyd Dobler Effect has a very dynamic and engaging musical presence that comes across even on CD. Fifteen or twenty years ago Lloyd Dobler Effect would have been kings of the pop/rock world. In today's environment I would guess that they are destined to long term success as a band, but the whole radio star thing is a dead end unless you're with a major (or are very, very lucky). Lloyd Dobler Effect is an A&R professional’s dream find, and their self-titled debut is as tight as they come. A highly enjoyable album that is very much worth your time.

I couldn’t agree more…I have been following this band for going on 3 years now; I have never attached myself to a band signed or unsigned as I have with this group of gentleman. There is just something about their music, their melodies, that draws you in, and it keeps you wanting more, and more and more, and well I could go on but you get the picture. And just an FYI: Phil Kominski’s name is misspelled in your article…lol!

I could not agree more as well as Anonymous said.. This band is one for the ages. The new CD never grows old and the live shows are exhausting. You will dance and sing and find yourself falling in love with LDE. The professionalism rings through with the detail of such hard work day after day, year after year, song after song. Go see the show.