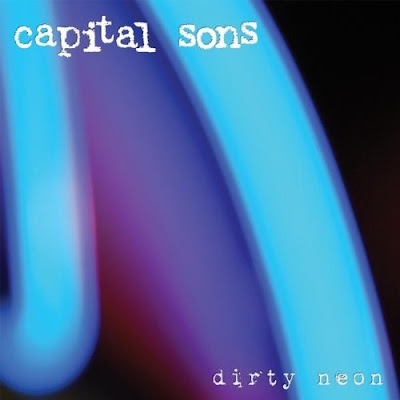 Minneapolis quartet Capital Sons have been opening ears with their honest blend of heartland rock and Grunge. Karl Obermeyer (vox/guitar); Jesse Thomas (drums); Cy Dodson (guitar/keys) and Keefe Russell (bass/vocals) get into a heavier sound without the pretenses and pre-conditions that seem to follow Modern Rock. Capital Sons’ debut album, Dirty Neon, is refreshingly light on pose and heavy on performance.

Dirty Neon opens with the edgy guitar rocker Noose, kicking off the album in fine style with a Pop/Alt/Grunge style that's instantly accessible. Vocalist Karl Obermeyer has a great front-man sound but seems willing to let the songs speak for themselves rather than creating a spectacle around the songs. About A Girl is a strong, upbeat rock song that's charming and allows Obermeyer to open up his voice and belt. High-Heeled Boots finds Obermeyer channeling David Coverdale in a song about shopping at the Friday Night Meat Market. The song is worthwhile for both the energy and performance.

A Pop sensibility emerges on Oblivious that's neither expected nor surprising, while Capital Sons stridently refuse to give up the Grunge Rock feel they bring to Dirty Neon. Strong harmony vocals and a hook filled chorus combine with Obermeyer's voice to create a radio-ready rocker with some kick. Capital Sons strum their big guitars and start a party on Waiting For You, an irrepressible rocker with a chorus that just won't quit. It's Tom Petty meets Pearl Jam while jamming with Blues Traveler and everyone's feeling good. Capital Sons bid adieu with the pensive Hotel Room, an examination of a failing (or failed) relationship. The sense of melancholy contained therein dovetails with the maudlin Americana arrangement. Obermeyer ends the song on a powerful run that takes the song from pleasant to dynamic.

Capital Sons offer up an intriguing set on Dirty Neon, bringing grunge and Americana together in a way that's delightful. Dirty Neon is one of those debuts that leaves you waiting impatiently for whatever Capital Sons releases next. Make sure you check out Capital Sons if they come to your town, and make some time for Dirty Neon. It might not be this album that's the catalyst, but I have no doubt that within a few years Capital Sons will be a well-known commodity.

You can learn more about Capital Sons at http://www.capitalsons.com/ or www.myspace.com/capitalsons. You can purchase Dirty Neon as either a CD or Download from CDBaby.com.
Posted by Wildy at 5:00 AM