Review: Kevin Burgess - Put Yourself Out There 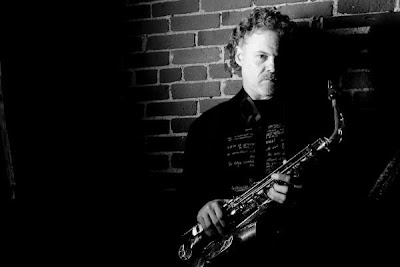 Burgess opens with Little Bird, a pensive and circular meditation on an injured bird as a metaphor for someone who's been hurt. The arrangement is smooth and simplistic with solid solo work on the saxophone, but the vocal line is listless and the lyrics are bland and repetitive. On the whole the song is okay, but perhaps not a great opener to the album. Burgess hits a mildly jazzy CSNY note on The One And Only, mostly for the vocal harmonies and his occasional vocal similarities to Neil Young, but the song itself is on the bland side. Heal My Heart finds Burgess heading for more of a country sound than we've heard thus far on Put Yourself Out There. The song has more energy and life than those that have preceded it, and Burgess sounds a bit like Neil Young, particularly as he moves toward and into his upper register.

The funk comes out on So Beautiful, one of the liveliest and most enjoyable songs on the album. You can tell sometimes when the band was having fun, and that feel emanates off this song like heat off the pavement on a summer's day. With Connection, Burgess attempts a heartfelt love song, but the lyrical choices turn what might have been a sweet if overly simplistic song into a chuckler. In the chorus there's a line "Can you feel it, can you feel it, can you feel it now" that got me to thinking about the AT&T commercial (can you hear me now?) and the song is forever so tainted in my mind now. Burgess goes for sweet and sentimental once again on Mother's Love. The song is successful on sweetness, analyzing with an awkward simplicity the impact of an emotion without ever really capturing the essence of it. Put Yourself Out There winds down with Broken, a bland commentary on human nature and the inability accept ourselves for our selves.

Kevin Burgess is mired in influences and good ideas on Put Yourself Out There, and scores occasionally, but more often than not it seems as if performances fall short of intent. Burgess has a passable voice and a simplistic songwriting style, but there's just not a lot here to really dig into. Heal My Heart and So Beautiful find Burgess at his best; the rest of the time its a matter of mildly pleasant music that doesn't make a lot of impact.

You can learn more about Kevin Burgess at www.myspace.com/kevinburgessprojects, where you can purchase Put Yourself Out There on CD or Digitally using Nimbit.
Posted by Wildy at 5:00 AM