Review: Peter Douskalis - The Dance Of The Sea 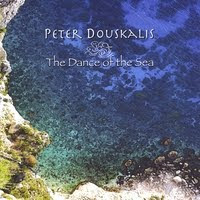 Peter Douskalis - The Dance Of The Sea
2009, Shenandoah Records

Peter Douskalis is a New York City-based Jazz guitarist with roots in the Virginia/DC area. At 22 years old he's already been part of one acclaimed duo (Peter & Alex) and performed on Disney's The Making Of A High School Musical (he was the guitarist in their production of The Wiz). Douskalis makes his first foray into the solo world with The Dance Of The Sea. Released in late 2009, The Dance Of The Sea is truly a solo effort; just Douskalis and his guitar on covers and original compositions. Aside from making music, Douskalis is continuing his education in music as a Masters candidate in Music Education at NYU. Douskalis has performed with Jazz greats Chuck Redd, Bob Cranshaw, Houston Person, Mickey Roker and Tamir Hendelman.

Lady Bird is a frenetic study in runs and stops, augmented by Douskalis' supple fretwork. This Tad Dameron creation is given vibrant new life, although Douskalis does go a bit over-the-top with the runs in the middle of the song. Up next is Benny Golson & Leonard Feather's Whisper Not, interpreted here in rhythmic fashion with Douskalis recreating the walking bass line as well the riffs and runs with his guitar. Douskalis takes on Richard Rodger's My Favorite Things next in a stirring cover that allows him to stretch his wings. Whereas the riff work seemed a bit contrived on Lady Bird, here it seems more like Douskalis is playing variations that are still in the spirit of the work. What is perhaps most impressive is Douskalis' touch and ability to emote a melody line. The fireworks are nice, but it's refreshing to hear a soloist in touch with his instrument and the sounds that come out of it.

Douskalis' The Dance Of The Sea has a pleasing melody line and solid pacing; Douskalis avoids any sort of guitar histrionics in a subtle and mature bit of songwriting. His cover of Jimmy Van Heusen's Darn That Dream sticks with the dreamy quality the song has most often been interpreted with, sounding a bit like incidental music from a Peanuts episode (picture Snoopy walking through the leaves). Perhaps the best choice on the album is Antonio Carlos Jobim's The Girl From Ipanema. Douskalis has his way with the song but sticks with the spirit imbued in Jobim's original. The song, and much of the album, excel not only on where Douskalis chooses to take songs but often where he chooses not to. Douskalis offers two takes on Miles Davis' Blue In Green, the first (Take 2) a dreamy, melancholy read that focuses on a more legato feel. The second recording (Take 1) keeps things dreamy but is a bit more pointed in feel and derivative in scope. It's these free form moments where an artist takes risks and either strikes a new path or goes too far. It's unclear whether Douskalis quite takes either fork, traversing instead a center line between the two that's interesting but fails to be provocative. The Dance Of The Sea closes with a lively take on The Beatles' Come Together. In true variations form, Douskalis gives it to us straight the first time before heading off into altered guitar player states for several minutes. The variation becomes so removed from the original not even the remaining Beatles would recognize it.

Douskalis is highly capable with a guitar, but at times he tries to do too much on The Dance Of The Sea, venturing into territories likely only to be of interest to the one playing and perhaps other guitar players of a similar vent. The creative freedom of being entirely solo is a double-edged axe, if you will. You get to do whatever you want, but unfortunately that means you get to do whatever you want. The addition of other musicians, even in a supporting role, might change some of the choices Douskalis makes here, creating a more vibrant and powerful collection. As it stands, The Dance Of The Sea is a strong effort with some identifiable flaws. It should be interesting to see what Douskalis takes on next.

You can learn more about Peter Douskalis at http://www.peterdouskalis.com/ or www.myspace.com/peterdouskalis. You can purchase The Dance Of The Sea as either a CD or download via CDBaby.com.
Posted by Wildy at 5:00 AM