Review: The Fools - Lost And Found 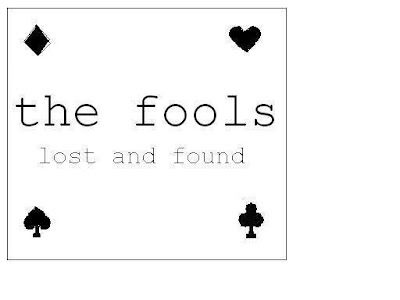 The Fools began their life together as soccer teammates at Rutgers University. Cleveland, Ohio's Jen Tobin (vox/guitar) and Tacoma, Washington's Uchenna Bright (bass) have a unique sound in the neighborhood of Tracy Chapman singing lead with Mazzy Star; mellow dramatics set to gentle acoustic/folk arrangements fill your ears with comforting sounds on The Fools' debut album, Lost And Found, release in June of 2009.

Lost And Found opens with Lullaby, beginning in the mellow tones of Mazzy Star or The Cowboy Junkies, but quickly adding an urgency that belies the gentle nature suggest by the song title. The Great Whale and Cosmic Love both falter under a lethargic feel. A Good Day finds The Fools raising the ante a bit with an upbeat hand-clapper you'll get into. For My Mother is a deeply introspective and warm tune that suffers from the extreme low-end approach to Lost And Found, but till somehow works in its own right. Part of the charm of The Fools is their low-key delivery, but it also becomes something of a curse. Between the melancholy performance style and the low-energy interpretations, The Fools run the risk of boring some listeners. Songs such as Even Fools Know, Folly and Lonely Days are more than just words and notes thrown together, but the homogeneous nature of the songs on Lost And Found will ultimately lead many listeners to give up on The Fools before they get through the whole album. If you check out The Well or The Song We Sang, consecutive tracks on the album, you may be hard pressed as first listen to tell them apart.

The Fools simply play it too safe to succeed on Lost And Found. Fair poetry is blended with strong musicianship and a pseudo-depressive affect to fuel The Fools' sound on Lost And Found. There is some good stuff here, but you might have to dig through the chaff to get there.

You can learn more about The Fools at www.myspace.com/thefools_lostandfound, where you can purchase a copy of Lost And Found.
Posted by Wildy at 5:00 AM

Thanks for your article, really useful information.