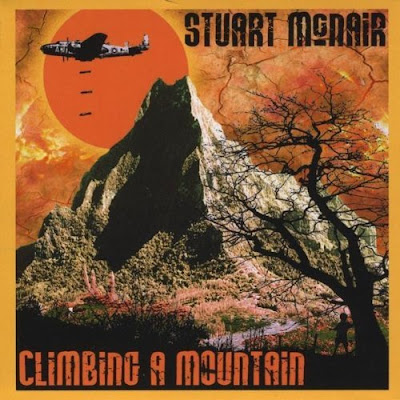 Stuart McNair returns with his latest creation, Climbing A Mountain. The gentle Country/Rock provocateur charms with 14 songs full of Country, Bluegrass, Zydeco, Rock and a bit of North Carolina picking. It's the follow-up to McNair's 2008 debut, Growing A Garden, and is guaranteed to get your feet moving, get you thinking and even make you laugh a little.

Climbing A Mountain opens with the upbeat Country/Pop of Ways Of Nature, an imagining of what the world looked like without the influence of mankind stamped all over it. It's a catchy melody wrapped around a bit of populist/Green poetry that is likely to have a lot of appeal. Somewhere In The Middle is a classic "opposites attract" song played in a classic-style Country arrangement. The song is fresh enough to maybe get some play from commercial Country radio, but would definitely play well to folks who still remember what Country music was all about before it became a sub-genre of Pop music. McNair pulls out a party song in Out Of Your Mind, perfect for the Honky-Tonk or concert. Out Of Your Mind is the sort of song that crowds will sing along with, likely yelling joyously along to the chorus.

Sleeping Dog goes the Punk/Country route with a message about ending war. It's a catchy, upbeat tune with attitude that's a great listen although it doesn't really say anything we haven't all heard before. Love And Affection tackles the human need for more than just a place to sleep or someone to sleep next to; it's a positive message in song but a bit repetitive at the end. Don't Drop The Bomb might be anti-war or just anti-nuclear war, but is a fair re-capitulation of the sort of sentiments common in the 1980's. The song straddles the line between Country and Roots Rock and is very catchy but also bears on the repetitive side. McNair takes us into the path of a tempest on Season Of The Hurricane, and then shows us the aftermath, New Orleans style, on Make Levees, Not War. Both songs are strong entries, but McNair breaks into full Zydeco mode for the latter; a highly entertaining song that tries to make the most out of the least. On Freedom, McNair sings a song with patriotic themes that questions just who's in charge and what are they doing? It's an apropos political message in a catchy musical arrangement. McNair closes with Walking With Jesus, a mild, gospel-flavored tune that's enjoyable but doesn't seem to fit with the rest of the album stylistically.

You can learn more about Stuart McNair at www.myspace.com/stuartmcnair. You can purchase Climbing A Mountain as either a CD or Download from CDBaby.com.
Posted by Wildy at 5:05 AM