Review: The Midnight Kites - The Color Of Light 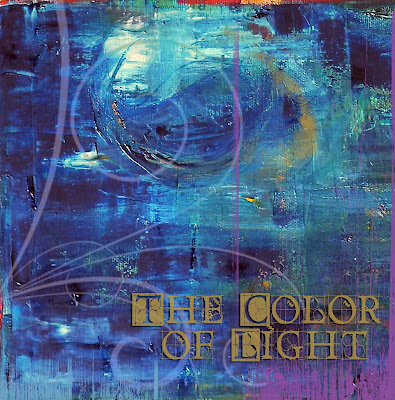 The family that plays together stays together. If that old maxim is true, then Bruce (guitar) and Jill McDougall (vox) should have a nice long life together. The fact that they play together so well as the core of Denver's The Midnight Kites is a bonus. Add in Connor DeFehr (bass and brother of Jill McDougall) and Dave Farmer on drums, and you have a glorious crossroads where Rock, Pop, Country and Folk meet. Jill McDougall's sweet alto voice and mellow demeanor will recall for listeners Margo Timmins (Cowboy Junkies) or even Natalie Merchant in her early days with 10,000 Maniacs. The Midnight Kites greeted 2010 with their debut album, The Color Of Light, released on New Year's Day.

The Color Of Light opens with Green Eyes, an ethereally swarthy Pop tune full of contented longing. Set in a sparse arrangement peppered with just the right filler, The Midnight Kites seem equally comfortable with sound and silence. Proving that sometimes less is more, Jill McDougall gives an enthralling performance on Falling Is Healing, coloring the melancholy musical reflection with love and longing seen through the complications of day-to-day life. My One Wish intrigues with its mellow feel with an angst-filled energy lying just beneath the surface. The song is driven by an energy that could have come from an early Police tune, with DeFehr channeling Stewart Copeland throughout.

Caution To The Wind is a thing of beauty, between Jill McDougall's plaintive alto and a haunting cello solo, all set against a simple arrangement that's as fetching as it is sparse. The Midnight Kites take an intriguing turn with a highly unusual cover of Landslide consisting of Jill McDougal's vocals supported by nothing other than percussion. The concept may seem overly simply, but the execution is brilliant, with Farmer paralleling the harshness of life in a way you wouldn't imagine as a counter to the heartbreak and resignation in the vocal line. The Midnight Kites take us for a wonderful ride through the Americana sounds of Storybook and Coyote on the way to the haunting Sungate. I'm not quite sure what the reference of the song is, but there is an incompleteness implied in the lyrics suggesting a trial that is still occurring. The song is a beauty even it its meaning is hard to decipher. The Color Of Light closes with the most Pop-oriented song yet. Swimming Naked has real potential for the licensing world; I wouldn't be at all surprised to see this song picked for TV or even a movie soundtrack. It's a song about living without inhibitions or fear, written around a brilliant hook with subtle, intelligent lyrics and a melody that won't quit.

Husband/wife duos have a mixed track record at times, in part because such a group often relies on harmony between the two, while great songwriting often relies on a certain amount of conflict when more than one writer is involved. That being said, whatever The Midnight Kites are doing works. Bruce McDougall's minimalist approach on guitar dovetails beautifully with Jill McDougall's haunting voice, and both are held in counterpoint to the sharp and energetic rhythm section of Connor DeFehr and Dave Farmer. The Color Of Light presents a consistent sound full of energy and life, and a sound driven as much by the spaces between notes as the notes themselves. This is a thrilling debut. I, for one, can not wait to hear what comes next.

You can learn more about The Midnight Kites at www.myspace.com/themidnightkites or http://www.midnightkites.com/, where you can purchase The Color Of Light as a CD, Download or combo package directly from the band.
Posted by Wildy at 5:10 AM

Hi there, thanks for the wonderful review of Midnite Kite's recording "Color of LIght". As producer for the recording, I wanted to let you know that the drummer/percussionist on this recording is actually Jen Gilleran ( drummer/percussionist for Gregory Alan Isakov), not Dave Farmer. Overall though, a meaningful review, which these days seems to be hard to come by. Sincerely, Sally Van Meter

Dave is their drummer for live shows. FYI. Came onboard after the recording.

This cannot have effect in actual fact, that's what I think.