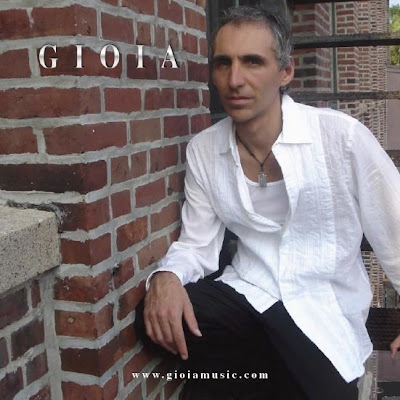 Gioia became convinced he was destined to be a rock star at a KISS show in his teens, falling in love with the music and the spectacle of it all. Time and circumstance stole away that drive, but a tragic accident that nearly took his life instead restored his joy and drive to make music. Gioia’s latest effort, Flawless, recycles a fair amount of material from his 2008 album, Create It Together, packaging it all as low end dance Pop. Gioia sent us a preview disc for Flawless to check out. Flawless is due out sometime in the Winter of 2010.

The Flawless preview disc opens with Angel On My Shoulder, a mild Electro-Soul number that's tuneful but lacks any real punch or energy. A similar feel is found on Angel Child, although the energy bumps up a little. The heavy electronic accent, including computer alteration of the singing voices means it’s impossible to assess what of the vocals are human and what are enhanced. Real goes for a heavier dance feel, mimicking a heavier drum n bass feel underneath boy band harmonies wrapped around an unobtrusive melody. Free opens with an attempt at atmospherics and is decent enough, but doesn't really distinguish itself in a crowded market of Electro-Pop songs. Turn You Out heads for mid-tempo Pop with a mild dance beat. The vocal harmonies here are impressive, but once again it's difficult to discern what's all human and what's Borg. Gioia closes with Flawless, the catchiest tune on the set. If there's a potential single here, Flawless is it. The tune is set in a dark, angry arrangement that's compelling, set to an infectious dance beat.

Flawless strikes me as being fairly typical in the Dance/Pop world. It's essentially a slightly-above mediocre project built around one really good Pop tune (the title track). There's nothing bad or awful here, but other than the one song, Gioia doesn't really offer up much else that is likely to make you remember him long term. I could easily see Gioia having a moderate hit with the Flawless, but longer term success is going to depend on what else he has up his sleeve.

You can learn more about Gioia at http://www.gioiamusic.com/ or www.myspace.com/gioiamyspace. Keep checking Gioia’s website for release date and availability.
Posted by Wildy at 4:55 AM