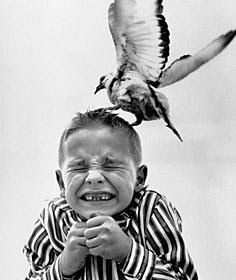 The Killbirds have the Australia-Los Angeles connection down. Singer/guitarist Sebalius Belle has been jumping back and forth between the two for a couple of years since he moved west from Brooklyn. With songs fueled by views of US (and particularly LA) culture from the perspective of an "outsider", The Killbirds have a somewhat unique sound (or mix of sounds). The first forays of The Killbirds into public performance were under the name The Unfiltered Nasty and received strong responses. The Killbirds began recording songs for a demo, and the resulting self-titled EP surprised even them.

The Killbirds opens with Lala, a mid-to-up temp bit of whiny, maudlin Rock N Roll with a melody that wants to be a happy one but plays like a teen uncomfortable with him/herself in public. Wave is a tough listen and definitely not a favorite on the album, whereas Scuba and Sit come across as bland Post-Modern Alternative Rock. Cindy Song is a droning instrumental that uses changes in pitch more as a rhythmic tool than an attempt to convey melody or storyline for the first two-and-a-half minutes. It's a tough go, but when the vocals finally kick in around 2:45 you'll find yourself pining for the instrumental portion of the song again. Stoned To Pieces plays with vocoded voice as an instrument but is fairly unoriginal beyond that decision.

Some folks out there who dig shoegaze psychedelia will like The Killbirds, but it’s likely to be a small fan club judging by the band's self-titled debut. There's just not much here for listeners to dig into.

You can learn more about The Killbirds at www.myspace.com/thekillbirds or http://www.thekillbirds.com/.
Posted by Wildy at 5:00 AM

You should probably just say you don't get it Whitey rather than try and interpret it through your limited musical lens, but it was funny nonetheless. I'm sure the band got $2 worth of laughs.