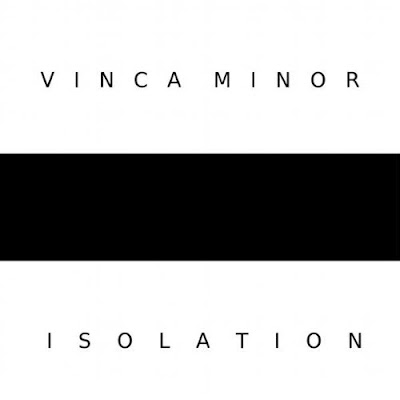 Matt Menovcik puts uses perspective in music like a painter on canvas, drawing out themes around a musical focal point that either calls or pushes the action of his ethereal film-score style compositions. Under the pseudonym Vinca Minor, Menovcik creates the same sort of dense environment as the band's namesake, Periwinkle. On February 10, 2010, Vinca Minor will release Isolation, a collection of compositions that speaks to a primal place that lies below intellect but apart from pure emotion.

Menovcik sings at times, but the words are irrelevant where they can even be deciphered. From Here, Eternity, the opening track, sounds like the opening score element of an epic film, although at sixteen minutes too long it does overstay its welcome. The theme here is nearly anti-thematic, relying on a two-chord piano progression that serves for as a heartbeat rhythm that supports the seemingly random progression of two-bar synth chords. Ignition is a plodding, gargantuan opus featuring an almost clumsy one-finger melody line on piano. At eleven-plus minutes, this track simply goes nowhere quickly, inspiring listeners to reach for the skip forward button. Waves opens promisingly with a plaintive acoustic guitar but collapses under its own lack of structure or direction. Holding Pattern is aptly named; sticking with the established trend of musical naval gazing that pervades Isolation (as well as isolation).

Vinca Minor takes something of a turn on Raindrop, with a composition that seems to want direction, melody and resolution, but Menovcik buries it under vocal effects and a maudlin approach that saps the song of any real life. Descent is misnamed, rising to some of the best composition on the album, albeit in minimalist terms. There is actual movement in this song that draws the listener along in tentative steps. Vinca Minor closes out with Your Arms; what should be a hopeful song is bathed in emotional destitution and plodding gravity.

Vinca Minor wallows in its own self-serving sorrow and pain, taking ethereal musings and turning them into dirge-like statements. Isolation is perhaps aptly named more for what it creates than what it represents. This is a difficult album to like; showing little in the way of inspired creativity or energy.

You can learn more about Vinca Minor at http://www.vincaminormusic.com/. Isolation drops on February 10, 2009; keep checking Vinca Minor's website for availability.
Posted by Wildy at 5:00 AM