Review: Nite Nite - How To Touch The Moon 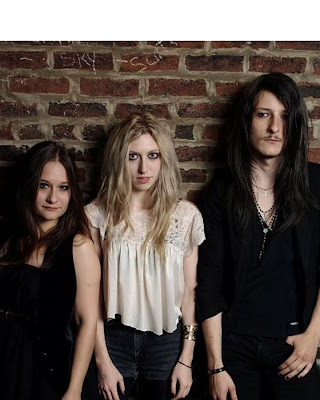 Nashville’s Nite Nite looks to smear the edges of music city with their original blend of Goth, Post-Punk British New Wave and Americana. Nite Nite have slowly been building a buzz right under the nose of the Country world for a few years now, out-playing themselves in small clubs and occasional even showing up headliners as a wayward opening act. On January 12, 2010, Nite Nite will release their full length debut album, How To Touch The Moon. If Siouxsie & The Banshees or The Cure is your bag, then you’ll definitely get a kick out of Nite Nite.

Nite Nite opens with Touch The Moon, a Cranberries-esque rocker that plods along to a faux-martial beat. Vocalist Davis Chatfield sounds like a bizarre cross between Dolores O'Riordan and Edie Brickell, and stands amid a somewhat reserved yet vibrantly open alt-rock sound. Nite Nite eschews comfort for the vaguely disturbing and occasionally dissonant Black Noise. Bury Me finds Chatfield particularly hard to understand, especially in the chorus. Diction heads south quickly here, and while Chatfield is a fairly decent singer, she's not quite good enough to get away with Stevie Nicks style enunciation. In A Dream takes on a distinctly more Pop feel (think Phil Spectre ;) without a few of the frills) and you'll get the idea.

Nite Nite starts hitting on all eight cylinders during Hello, I'm Melancholy. The song itself is quirky enough and with a distinctive Pop feel that will turn heads. What They Do Not Know goes for heavy synth and an almost Baltic sound in an alt-rock arrangement vaguely reminiscent of The Breeders. Nite Nite gives a flat performance on These Days, a song that wants to get off the ground, but the mix here is terrible. Chatfield's vocals are too relaxed and in the instrumental mix, and the sound is just too busy. Chatfield is actually trying to break out here somewhat, but the producer ensures that can't happen. She tries again on I'm Always Right!, succeeding to a small degree but still handcuffed by the heavy-handed production. Lost To Say The Least closes things out and is by far the best recording on the album. The band is crisp and clear, and Chatfield is at her vocal best.

Nite Nite has an interesting sound that may have real potential, but a different ear and touch at the production board may be required to bring out their best. Chatfield has a solid voice that's a pleasure to listen to, but it spends much of the album mired too deep in the instrumental mix to really shine the way it should. Chatfield does have some diction issues, but this may be more stylistic than anything else. How To Touch The Moon is an intriguing start. I'll be curious to see what comes next for Nite Nite.

You can learn more about Nite Nite at www.myspace.com/niteniteband. How To Touch The Moon drops on January 12, 2010. Keep checking Nite Nite’s MySpace page for availability.
Posted by Wildy at 5:00 AM

The writer is totally right, and there is no skepticism.