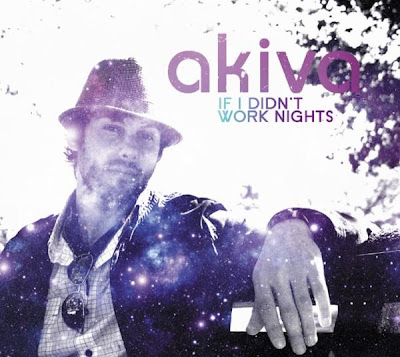 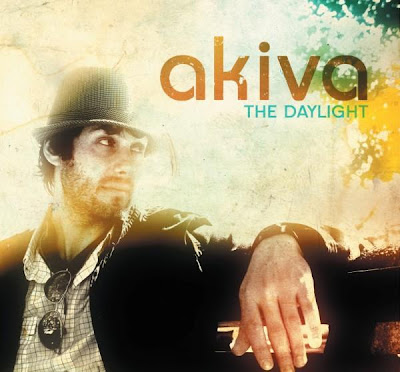 New York City-based singer/songwriter Akiva never planned on a career in music. The aspiring brain surgeon was studying abroad in the UK when he found himself playing out regularly in pubs. The bug had bitten and Akiva's life would never be the same. Back in the states, Akiva has released two critically acclaimed projects, Bueno Y Sano and The Hermosa EP. Along the way, Akiva has released a series of singles on MySpace as stand-alone songs, but a deeper current was running through the tunes than even he was at first aware. This synchronicity came together in the studio under the guiding hand of Producer Philip A Jimenez (Wheatus, The Diggs, Beat Radio), and the end result is a double album entitled If I Didn't Work Nights/The Daylight, due out November 3, 2009 on Akivasound Music.

Disc one, If I Didn't Work Nights, opens with the irrepressibly catchy I Keep Calling You. Akiva captures a comfortable sound that's part early Rock ballad and part 1970's AM pop. If this song doesn't find its way to the radio dial it's more a comment on the state of radio than on the song. Akiva goes for a suburban soul feel on Heart In A Bind, a song about fumbling your way through the maze of love. Junk In The Trunk is worth a chuckle, but also happens to be as deliciously infectious as I Keep Calling You. This is the sort of tune that will have concert crowds on their feet and singing along. It's also a reminder that today's "ugly duckling" might be tomorrow's insane crush.

Mississippi draws some delta jazz into the folk/rock arena on yet another tune that will have you tapping your toes. Akiva seems to be very much focused on love this time around, but thoroughly avoids any sort of cliché or stereotypical lyrical sense. Lost In You is the sort of song that should be filling up teenage mix-tapes coast-to-coast. There are several songs here likely to be licensed if they come to the right attention, and Lost In You might just be the biggest of them all. If I Didn't Work Nights is about all the aspects of life that get in the way of love sometimes, and a confidence that the things that are meant to work will no matter what life puts in the way. It's a sweet and hopeful song that's going to strike a lot of chords, particularly in the lovelorn and longing. The arrangement is first class and the song will get stuck in your brain. Cigarette is a glimpse of the raw attraction that's generally fueled by spirits and often thought better of the in the morning

Disc Two, The Daylight is a 4-song EP that opens with Headlights Out, a song about being lost in a lost situation. The narrator here is trying to get himself back on his feet, but part of that process is getting out of the relationship he's in and he's found it very difficult to do. Lips On The Microphone is an odd but catchy tune that I'll leave to readers to decipher. You'll definitely be moving to this one even if doesn't end up making a lot of sense to you. The last two tracks on the EP are decent but certainly not up to the level of the material on If I Didn't Work Nights.

Akiva does very well for himself with If I Didn't Work Nights, while The Daylight ends up having a somewhat superfluous feel to it. This is one of those cases where the extra songs are decent enough but sound like castoffs compared to the main album. Akiva flirts with five stars throughout If I Didn't Work Nights; his best work yet.

You can learn more about Akiva at www.myspace.com/akiva or http://www.akivamusic.com/. If I Didn’t Work Nights/The Daylight was officially released on November 3, 2009. Expect the CDs/downloads to be available via CDBaby and other outlets very soon.
Posted by Wildy at 5:20 AM