Review: Morphine - At Your Service 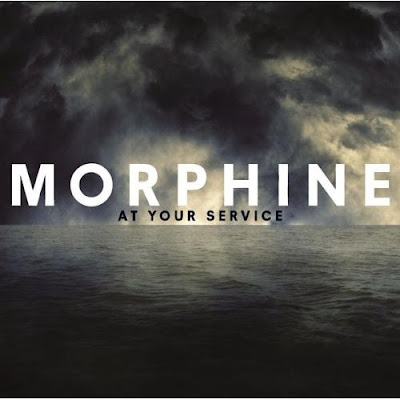 Morphine - At Your Service
2009, Rhino Records

Morphine blazed a trail of critical success from their founding in 1989 to the untimely death of lead singer Mark Sandman (Treat Her Right) onstage in 1999. Blues, Jazz and Rock all blended in a rough and ready musical patois at the hands of Morphine, formed by Sandman and Dana Colley in Cambridge, Massachusetts. While Morphine ended up on major labels Rykodisc and DreamWorks, they never lost the INDIE spirit they were born of, and fans to this day still speak in reverential tones of shows they attended in the band's heyday. 2009 sees the release of At Your Service, a double disc collection of live and unreleased tracks.

Morphine is at their best when the Blues elements come out in their music. Songs like Bye Bye Johnny and Lunch In Hell shine. You'll also here elements of Middle Eastern music, Rhythm N Blues and just about anything else you can imagine. Come Over is a delicious acoustic Blues/Rock tune that opens the album and sets the tone. It's Not Like That Anymore shows longing for times gone past and then goes on to point out why the old times weren't as good as we remember. Patience is a personal favorite, reminiscent of Canadian band 54-40, with the same plain-spoken sensibility. Imaginary Song and Only One sound like they may have been distinct influences on one of my favorite singer/songwriters, Ron Hawkins. Check out his work with the Rusty Nails and there are definite Morphine influences at work.

The best songwriting on the disc is the subtle yet powerful Empty Box; the meanings running much deeper than the words that are sung. Other highlights include Free Love, Scratch, I'd Catch You, The Night and Take Me With You.

At Your Service will be a boon for established fans of Morphine. Some of the recordings are stronger than others, and the folks who put this together may have reached a bit to fill out two CDs, but in general the collection is a strong one. If you've always wondered what Morphine was all about, this is a great introduction.

You can learn more about Morphine at www.myspace.com/morphinetrio. You can purchase At Your Service as either a CD or Download from Amazon.com.
Posted by Wildy at 5:05 AM

As a Bostonian, I regard Morphine as one of our very best all-time. I was lucky to catch almost a dozen shows from '93-'98 and every one was an adventure. Unique, powerful and one of the sexiest sounds in all of rock. This collection shows their genius and, somewhat sadly, what might have been. Mark's death was a great loss and tragedy but our gain for what he and the band left us. 5 Stars *****