Review: Al Jarreau - The Very Best Of: An Excellent Adventure 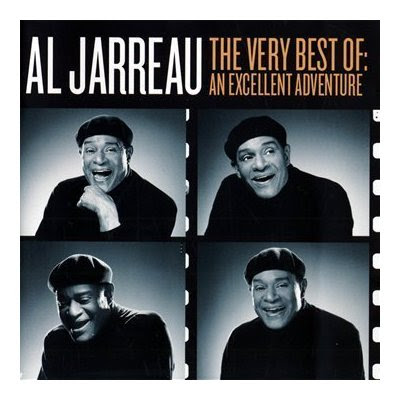 Last month, Rhino Records took it upon themselves to honor jazz legend Al Jarreau with a collection of fifteen of the greatest songs from his four-decade recording career as well as one new track recorded specifically for the release. The Very Best Of: An Excellent Adventure hits the highlights of the career of the seven-time Grammy Award winning vocalist. Considered one of the greatest living jazz vocalists, Jarreau continues to bend and weave genres with great success. He's the only artist ever to win Grammy Awards in three separate categories (Rock, R&B and Jazz), and he continues to sell out shows all over the world.

While Jarreau's career spans four decades, the bulk of the material on The Very Best Of comes from his 1980's heyday, when Jarreau was everywhere on Popular radio. Included are Grammy winning tunes such as Take Five, (Round, Round, Round) Blues Rondo A La Turk and Roof Garden. Also included is the theme from the Bruce Willis/Cybil Sheppard television series Moonlighting. Other highlights include Spain (I Can Recall), Rainbow In Your Eyes, Boogie Down and So Good. Jarreau even recorded a new track for the collection called Excellent Adventure, produced by Richard Nichols and The Randy Watson Experience (Erykah Badu, Al Green, The Roots). The new track is impressive and exactly what you'd expect from Jarreau.

If you're a huge fan of Al Jarreau and already have all the albums then The Very Best Of: An Excellent Adventure would be a waste of time and money if it weren't for that pesky new track. That's how they get you, of course. Al Jarreau fans will be well pleased. If you're unfamiliar with Al Jarreau and want to check him out, this would be the place to start.

You can learn more about Al Jarreau at http://www.aljarreau.com/. You can purchase a copy of The Very Best Of: An Excellent Adventure at Amazon.com, or as a download from Amazon or iTunes.
Posted by Wildy at 5:10 AM