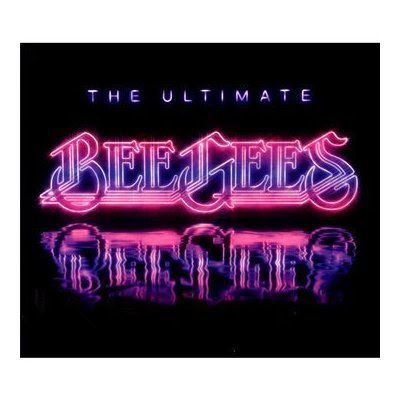 It's hard to believe that the Bee Gees first started out fifty years ago, and you'd be hard pressed to find a band, other than The Beatles, to achieve as much commercial success as the Brothers Gibb. Barry, Maurice and Robin Gibb won a total of seven Grammy Wards, a BMI Icon Award, Lifetime Achievement Award from both the BRIT Awards and the RIAA, have been inducted in both the Rock N Roll and Songwriters Halls of Fame. Aside from their own recordings, the Bee Gees have written for or had countless artists record their material. At one point in 1978 five of the top ten singles on the Billboard Hot 100 chart were written or recorded by The Bee Gees, becoming the only artist to get close to The Beatles' record of having the top-5 singles on the same chart at one point in 1965. To celebrate The Bee Gees' 50th Anniversary, Reprise Records has released The Ultimate Bee Gees, a 2-CD collection featuring some of their best known songs, including tracks they wrote for other artists. A deluxe edition featuring a bonus DVD is also available.

While I was never personally a huge Bee Gees fan, it's a bit mind-boggling realizing just how many hits the brothers were responsible over the years, and hypothetically speaking, I might have gotten more into The Ultimate Bee Gees than I would have expected. All the hits are here: You Should Be Dancing; Stayin' Alive; Jive Talkin'; Night Fever; How Deep Is Your Love and I've Gotta Get A Message To You. But the highlights biggest highlights are the three live tracks on the second disc. Islands In The Stream, Heartbreaker and Guilty come alive in the hands of their creators; stripped down to their cores and showing the simple beauty of the melodies. For longtime Bee Gees fans, The Ultimate Bee Gees is a must. Even if you have all of the old albums, the updates in sound from the original CD/album/tape releases is worth picking it up. For those of you who didn't grow up with their songs ever-present on the radio, this is what quality pop songwriting sounds like. Even if you're not a fan of their style, the composition and execution of these songs speaks of a brilliance that only comes along once or twice in a generation.

The DVD included in the Deluxe Edition is pure eye/ear candy for Bee Gees fans, featuring a collection of unreleased videos from across the career from television and live performances and promos. Liner notes by none other Tim Rice seek to give perspective to the raw talent the Bee Gees encompassed.

Reprise hits one out of the park with The Ultimate Bee Gees; the ideal collection for both long-time fans and new initiates into the music of The Bee Gees. If you still know where your bell bottoms are, you need this CD.

You can learn more about The Bee Gees at http://www.beegees.com/. You can purchase The Ultimate Bee Gees in the Standard Edition (2CD), Deluxe Edition (2CD+DVD) or as a Download from Amazon.com.
Posted by Wildy at 4:55 AM