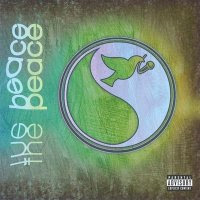 The Peace are blazing the trail of a new genre called Hip Folk in some circles and Hippy Hop in others. It's a blend of traditional folk music and Hip-Hop, generally played on acoustic instruments but maintaining the lyrical and rhyming tendencies of Hip-Hop & Rap. Think Jack Johnson and Jay-Z sitting down to lunch at Jason Mraz' house and you'll have the general idea. Bobby Kendes is the founder, writer and voice of The Peace, and blends a lifetime of musical influences into an intriguing musical stew on The Peace's debut album, The Peace.

The general makeup here is spoken/rap verses and choruses that are sung. The rhyming style is almost stream-of-consciousness at times and covers the whole range of human experiences, generally with a positive worldview. The Peace kicks things off with This Is Life, a song that lays out life in a series of one-line vignettes covering everything from birth to death. The experiences shared here are universal enough that most listeners will find something familiar, and the song has its own inherent charm that will draw you in. Seven riffs on references to the number in legend, superstition and popular culture. The song is catchy and novel, but feels more like an exercise in writing than a serious composition. Heaven is a musical daydream about all the people you might meet in the afterlife, offered as a near death experience.

The Peace takes time to introduce themselves Hip-Hop style in Rookie And The Vets, a Reggae flavored musical bio that gives credit to the makers of all the different styles and sounds that informs Kendes' writing. The song is very well done; a great listen. The 11th Letter is interesting because it sounds more like an old Doors tune than anything else; the lyrics are a bit repetitive but the song is musically interesting and just a tad unique. Thank You comes across as space filler on the album, essentially taking the thank you's section from the liner notes and turning it into a musical montage. Free is similar to the song Seven in that it's more of a riff or writing exercise than anything else, but it's a fun listen. The Peace closes out with a change of pace on Your Heart, something of an ecumenical love song. It's the sort of change-up that really focuses your attention on what you've just heard while hinting at new horizons to come on future recordings.

I was a bit skeptical of The Peace when I first encountered them, but I have to say that I really enjoyed The Peace Hybridization is the new medium for creating "new" sounds and styles, and there's a lot of bad musical marriages out there, but The Peace are on to something here. The Peace is a highly listenable and enjoyable experience. Give it a chance.

You can learn more about The Peace at http://www.thepeacemusic.com/ or www.myspace.com/thepeacemusic. You can purchase The Peace as either a CD or download through the HipFolk Store.
Posted by Wildy at 5:05 AM